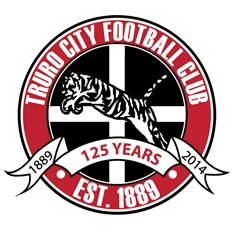 Seagulls recover but only enough to earn a point in their first home league game of the 2018/19 campaign.

After a goalless first-half, the game came to life with an impressive free-kick from Truro City centre-back Ed Palmer, which was soon countered by a well worked Jacob Cane goal to give both teams an important but underwhelming point.

After Weston’s 4-1 defeat away to Wealdstone and Truro’s 0-4 thrashing at home to Billericay last time out, the sides started the evening occupying the bottom two spaces of the table and had a point to prove.

This urgency to get back on track was showing, and it didn’t take long for a Weston chance. Alex Byrne nodded a long-ball forward to Jamie Lucas who did well to work some space for a shot, but he could only drag it wide on this occasion.

Two minutes later and the shoe was on the other foot with Truro looking to show themselves as no pushovers. Niall Thompson worked the ball cleverly down the right and played a crisp one-two with forward Tyler Harvey to get away from George Nurse, however his effort was short of the mark and curled off-target.

Marc McGregor’s beckoning voice was in full cry as he rallied his troops to go again, and go again they did.

George Nurse showed impressive attacking intelligence down the left-hand side as he burst forward to try and put Weston hearts at ease and managed to whip a powerful low cross into the Truro City area which no one could get to. The ball was put back in with a mirrored cross from the opposite side and flashed across the six-yard line but there was no-one there to get a touch and the ball was cleared.

The half followed the trend of back-and-forth action between two sides in need of a victory, but no-one could find a breakthrough and the half-time whistle was blown.

The second-half got off to a slower start with a blend of urgency for a breakthrough and importance not to concede combining into the mindset of both sides.

This was until the first goal of the match came courtesy of a White Tigers free-kick in the 59th minute. The set-piece was in an inviting position 25 yards from goal and just left of centre, and it was trusted to imposing centre-back Ed Palmer to convert. As soon as the ball left his foot, Weston knew they were in trouble as it curled over the wall and into the top-left corner of the net giving Luke Purnell little chance, and the Seagulls had a task on their hands.

As has been seen in pre-season though, recoveries from a losing position don’t seem to take long, and this was the case again here.

Just five minutes after Truro went ahead and Jacob Cane levelled for his side to mean he has scored the last Weston goal of the 2017/18 campaign at the Woodspring and the first of the new season.

Pressure from McGregor’s side resulted in a corner on the right which was half-cleared only as far as Jarrad Welch, who was able to get the ball back into the danger area for skipper Cane to nod home from six yards to take his goal tally for the club to double figures in competitive games.

The momentum was now firmly with Weston and chances were soon coming thick and fast as they tried desperately to claim all three points.

Eli Phipps had the best chance to make this count, as his strong drive forward allowed him to get a good shot away, but stand-in keeper Corey Harvey managed to parry it wide.

Gethyn Hill came on as Weston tried to find a winner, but he couldn’t do anything to change the result and the game remained level.

MOTM: George Nurse – On his home league debut for the Seagulls he looked sharp and eager to impress. Highlight had to be a silky flick over Thompson which even the Truro man knew was impressive.