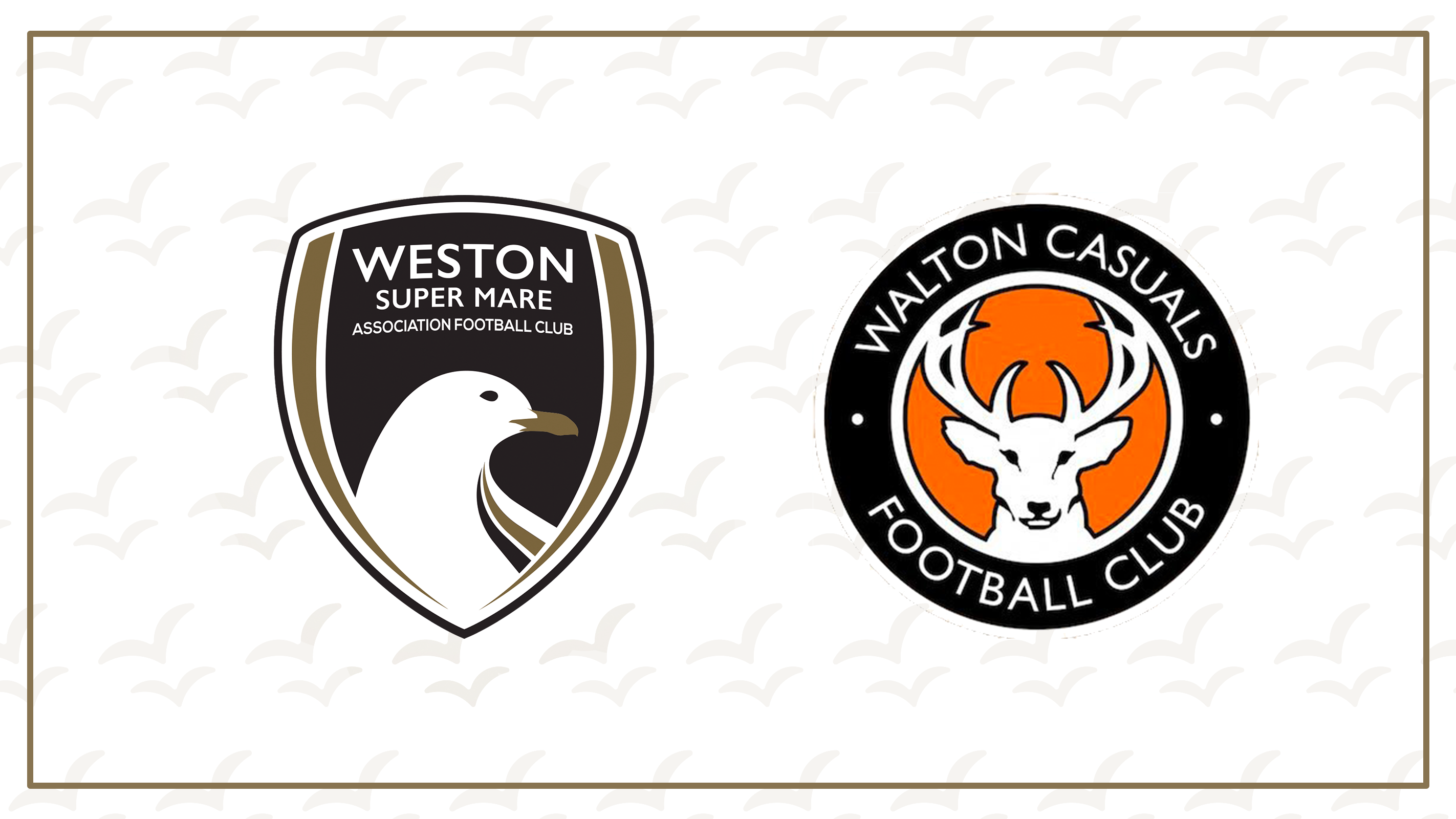 The Seagulls moved on up to sixth place in the league table thanks to a Dayle Grubb brace, helping his side to a 2-1 victory over Walton Casuals.

James Dodd had the first chance of the game when Jordan Bastin’s corner found him free inside the area, but he fired over the bar on his left foot. Marlon Jackson volleyed wide from 18 yards after Bastin had headed on a long Max Harris clearance, and Weston’s No.9 had a goal disallowed for offside after he had been fed into the box by Bastin in an opening 15 minutes that proved to be lively.

Ansu Janneh’s clipped cross toward John Gilbert in the visitors’ first attack led to the No.9’s downward header being held by Harris, while down the other end Bastin evaded his man but fired his shot wide of the near post as he raced onto a long Josh Thomas pass. Jackson had another chance at the back post from a drilled Keiran Thomas cross, but he volleyed over the crossbar on his left foot.

Weston broke the deadlock when a great switch by Jackson found Laird in acres of space on the left. Racing down the left side of the pitch, he beat two men before finding Grubb six yards out, and the No.10 sweeped in the easiest chance he would get on his left foot to put the hosts in front.

A McCootie strike from 25 yards was dragged wide of the goal after the ball had been nodded down to him by Dodd, before the No.7 had another opportunity after he had been fed through by Grubb yet his sidefooted effort toward the bottom corner trickled inches the wrong side of the post.

Walton were to get an equaliser against the run of play however when Gilbert was fed down the right side of the pitch, and his cross found an unmarked Rowe at the back post who gleefully headed past Harris for 1-1.

Weston had one final opportunity before the break to get their noses in front when Grubb’s free-kick in found Keiran Thomas, but he headed over the crossbar from 12 yards.

At the start of the second half, Laird cut in from the left and had a shot held by Jacob Adams in the Walton goal, before Rowe had a volley kicked away by the feet of Harris after he had got past Jason Pope. Jackson had another opportunity down the other end when he latched onto a McCootie pull-back, but he couldn’t slide his shot in at the near post.

Bradley Keetch had a shot from 18 yards drop wide of the Weston target while down the other end, Jackson went through one-on-one from a Dodd pass but saw his shot saved by the feet of Adams with substitute Alfie Moulden’s follow-up effort blocked.

O’Halloran fired over the bar from a free-kick 18 yards out, before Jackson and Grubb both had opportunities in the box during a scramble after McCootie had got down the right and played a cross in. Laird also had an opportunity, his shot from 25 yards deflected wide of the target.

The winner was to come 18 minutes from time, and it would take some Dayle Grubb brilliance to put the hosts in front. The Weston No.10 got the ball on the left touchline from Pope and jinked inside, the space opening up for him as he committed men before gliding past them. Approaching the area, he caressed a shot beautifully into the bottom corner of Adams’ net for 2-1.

As Walton threw everything they had left at Weston in search of an equaliser, Moulden had a low shot on his right foot held by Adams while at the other end, a Gilbert free-kick was flicked onto a post by a Weston head and out for a corner. Substitute Abdul Osman drove an 18-yard free-kick over the bar, but Weston did enough to hold on and claim all three points.