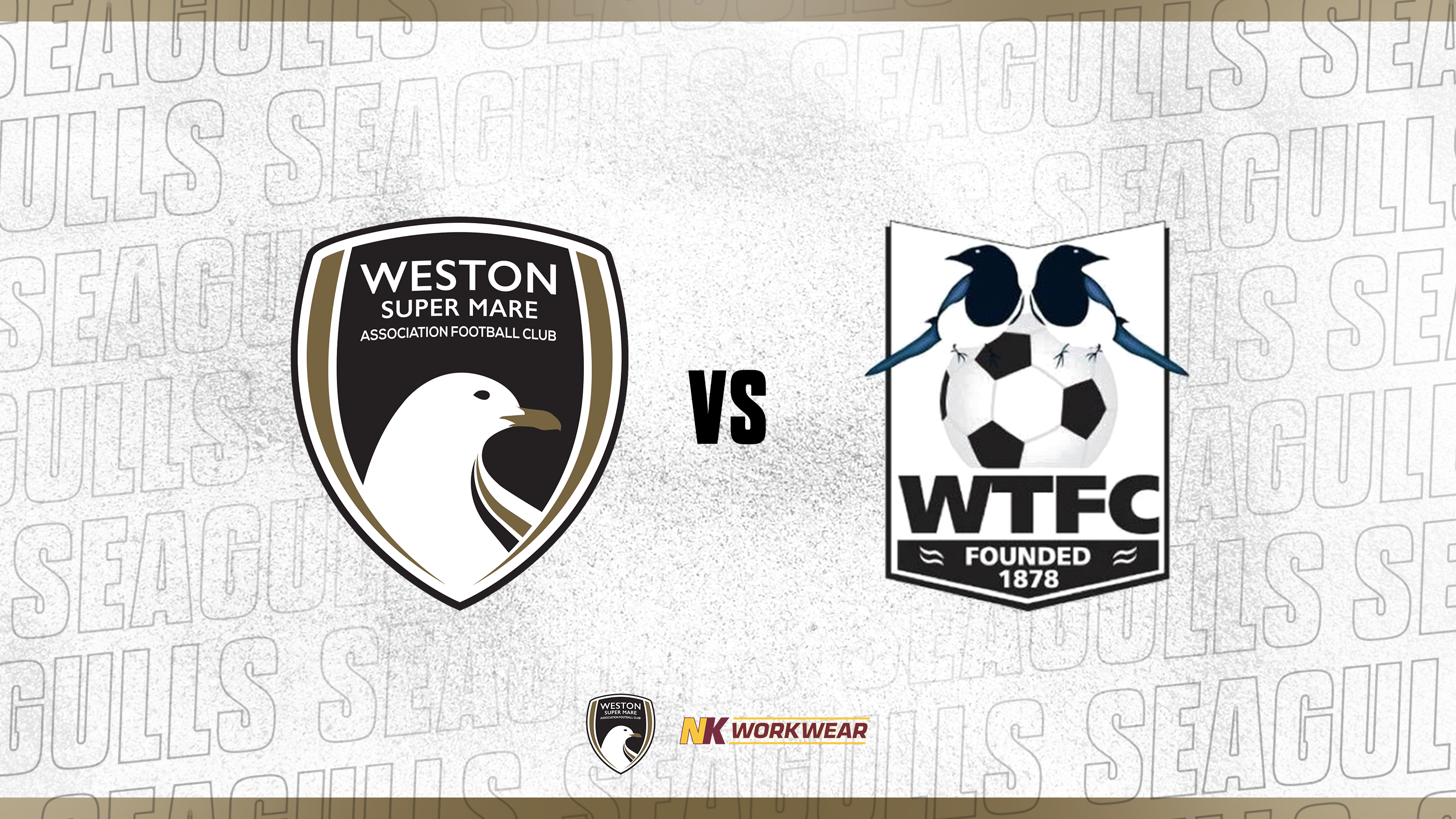 A second-half comeback from Wimborne Town saw them overturn a half-time deficit and beat The Seagulls 2-1.

Weston had the first opportunity of the afternoon when James Waite had a shot from 18 yards parried by Wimborne keeper Lewis Gunstone-Gray. The ball fell for Dayle Grubb from a similar range, but he saw two efforts blocked by the Wimborne centre-backs.

The hosts did take the lead just a couple of minutes later when Sam Avery played the ball to Waite on the right touchline, enabling him to cut inside. He attempted to play a one-two with Mike Symons, but a Wimborne foot got there first. The ball deflected right into Waite’s path, taking it into the box and slotting away his chance to break the deadlock.

Grubb had a free-kick curl just wide of the post, before Lloyd Humphries had a 25-yard strike pushed away by Gunstone-Gray with Symons’ rebound on the half volley being blocked by Sam Davidson. Davidson then had an effort for his side down the other end, his header from a cross being held down low by Luke Purnell.

McCootie found himself one-on-one and behind the Wimborne defence when Symons flicked on a Purnell goal-kick. The Weston No.7 drove past the last man but his one-on-one was pushed behind by Gunstone-Gray for a corner. Grubb had the final opportunity of the half when he cut inside from the right after a quick free-kick between himself and Waite, but Grubb’s left-footed shot towards the bottom corner was blocked by the heel of Davidson.

Humphries had the first chance of the second half but fired over the crossbar 18 yards out from a Grubb pull-back.

Wimborne equalised when Purnell prevented Beale with his foot from rounding him in goal, but the ball fell to Curtis Young on the edge of the area. His driven effort deflected off of Scott Laird and hit the back of the net as Tindle tried to clear off the line with his head.

McCootie had an effort kept out by Gunstone-Gray’s foot after he brought the ball down inside the area from a Grubb free-kick, before the visitors took the lead.

Young beat Lewis Hall on Wimborne’s right flank and pulled the ball across for Lewis Beale to sweep in from 12 yards out to seal all three points for The Magpies.