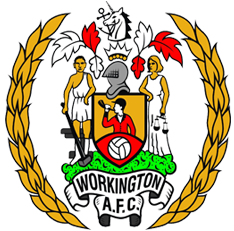 Workington forced a replay away to the Seagulls in a 1 – 1 as a result of an excellent defensive display.

Weston took the lead 15 minutes in when a corner was fizzed low into the box. Jarrad Welch, first to react, his low drive deflected into the top corner to break the deadlock.

Gethyn Hill then dragged a cross-shot wide when played in by Naby Diallo, before Weston went close again just before half-time when Jacob Cane fed Welch, whose flick fell into the path of Jake Lee whose lob was at an easy height for the Workington keeper.

Less than two minutes into the second half, Workington won a corner. The resulting header, forced towards goal, was denied by Seagulls keeper Luke Purnell, kept out from point-blank range.

Weston continued to press, with Tristan Plummer curling narrowly wide.  Skipper Jacob Cane almost got his name on the scoresheet when curling wide from 18 yards, before Workington got back on level terms.  An inviting delivery towards the back post found Sam Allison, who duly obliged and stuck the ball.

From a corner, Ash Harper retrieved the ball on the far side, cut inside but his pearoller was straight into the keeper’s arms.

From yet another Weston corner, a scramble in the box fell to Cane but his toe-poke was expertly diverted away by the opposition shot-stopper to take Weston back to a replay in Cumbria this Tuesday.

Man of the Match: Jacob Cane – The skipper dictated the play very well, kept the tempo going and made some strong tackles in midfield when under pressure.