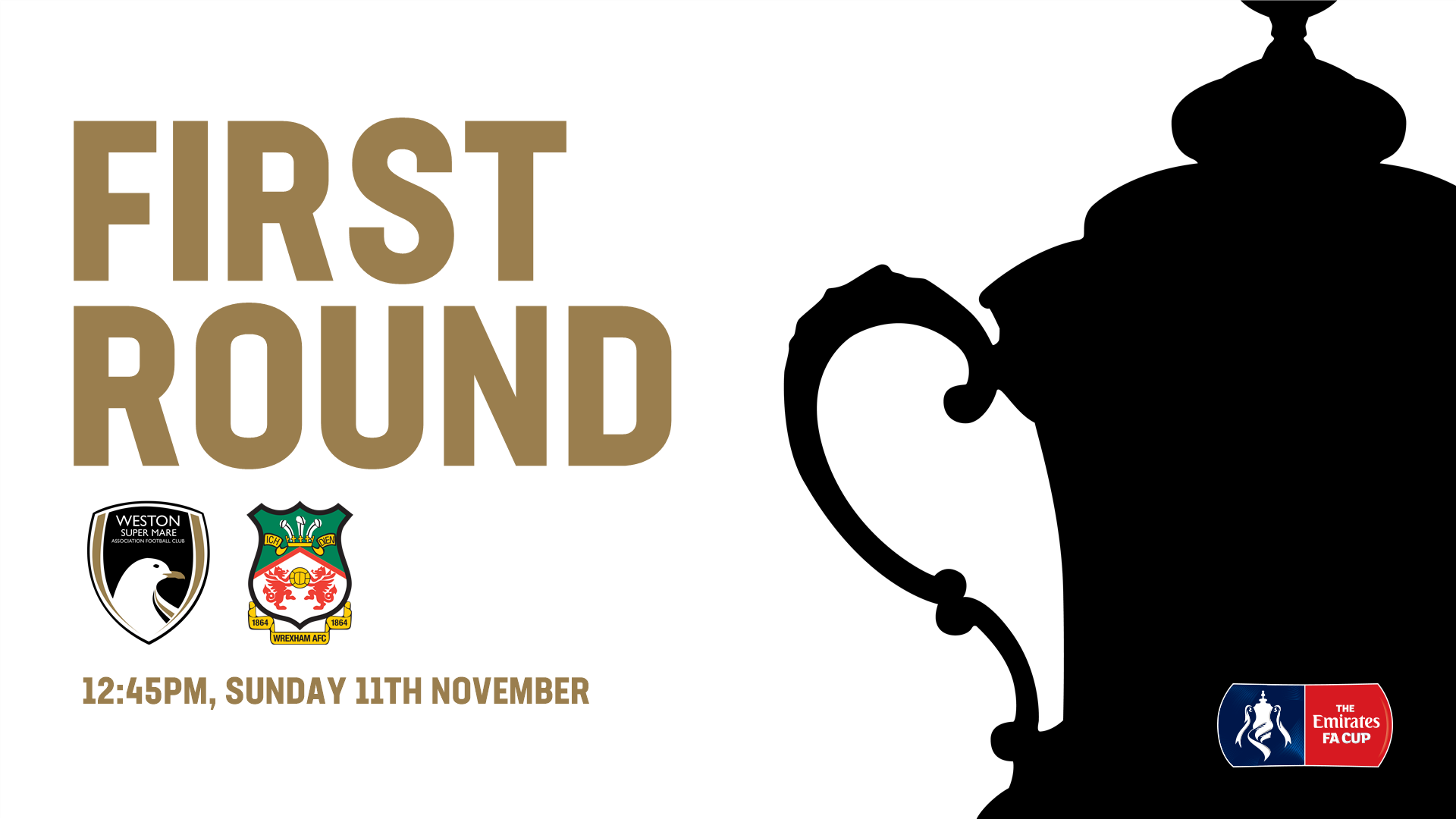 In the Emirates FA Cup first round, Weston players could leave the pitch with their heads held high despite a 0 – 2 defeat to the National League leaders.

An early volley toward goal by Luke Summerfield from 25 yards never troubled Luke Purnell’s goal, before Weston’s afternoon was turned on their head when attacking midfielder Jarrad Welch suffered what appeared to be a knee injury and was substituted off early on.

Luke Young fired wide from 18 yards after turning once fed into the box, before visiting captain Shaun Pearson nodded a Young corner over the bar. 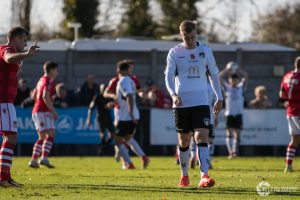 Weston’s first real chance came when Louis McGrory whipped the ball in to substitute Jamie Lucas at the back post, who headed across goal but no Weston player was willing to take the gamble on this occasion and Wrexham could clear. A cross from Summerfield was cleared by the outside of Matt Bower’s left boot, the ball dropping to Stuart Beavon, but the former Wycombe striker sliced his attempt wide from 12 yards.

The last chance of the half fell Wrexham’s way, when Bower could only head a long Rob Lainton kick down for Chris Holroyd. The Wrexham winger drove inside, but his shot from the edge of the area flew wide of Purnell’s goal.

Wrexham took the lead six minutes into the second half when Summerfield was slipped in down the left-hand side of the box, and his driven effort beat Purnell for pace and nestled in the bottom corner to break the deadlock. 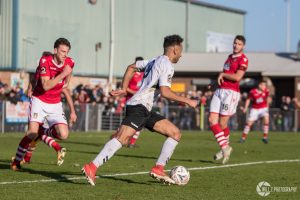 With their tails now up, Summerfield’s side-footed effort from outside the area was gathered easily by Purnell, but Weston came close when Gethyn Hill’s curling effort was awkwardly punched away by Lainton. Swallow picked up the loose ball but drove wide of Lainton’s near post.

Alex Byrne had a golden opportunity to snatch an equaliser when George Nurse’s driven cross was met by the head of Byrne six yards out, but the midfielder headed over the bar with many Weston supporters behind the goal in disbelief that they weren’t level.

Coming forward from the back, Jason Pope could only see an effort from 25 yards skid off the surface and wide after playing a one-two with Naby Diallo, before Wrexham got a second.

Hitting Weston on the counter, Beavon found space beyond the back four. His first shot was pushed away by Purnell but only back to the experienced forward, whose first-time volley flashed past Purnell and into the net to double the visitor’s advantage.

Having played their hearts out all afternoon, Weston players could walk off the pitch with their heads held high having battled superbly against one of the best Non-League sides around.

MOTM: Matt Bower – Barely gave Stuart Beavon a sniff during the game apart from a couple of chances, and won some key aerial duels as well as appearing composed with the ball at his feet.