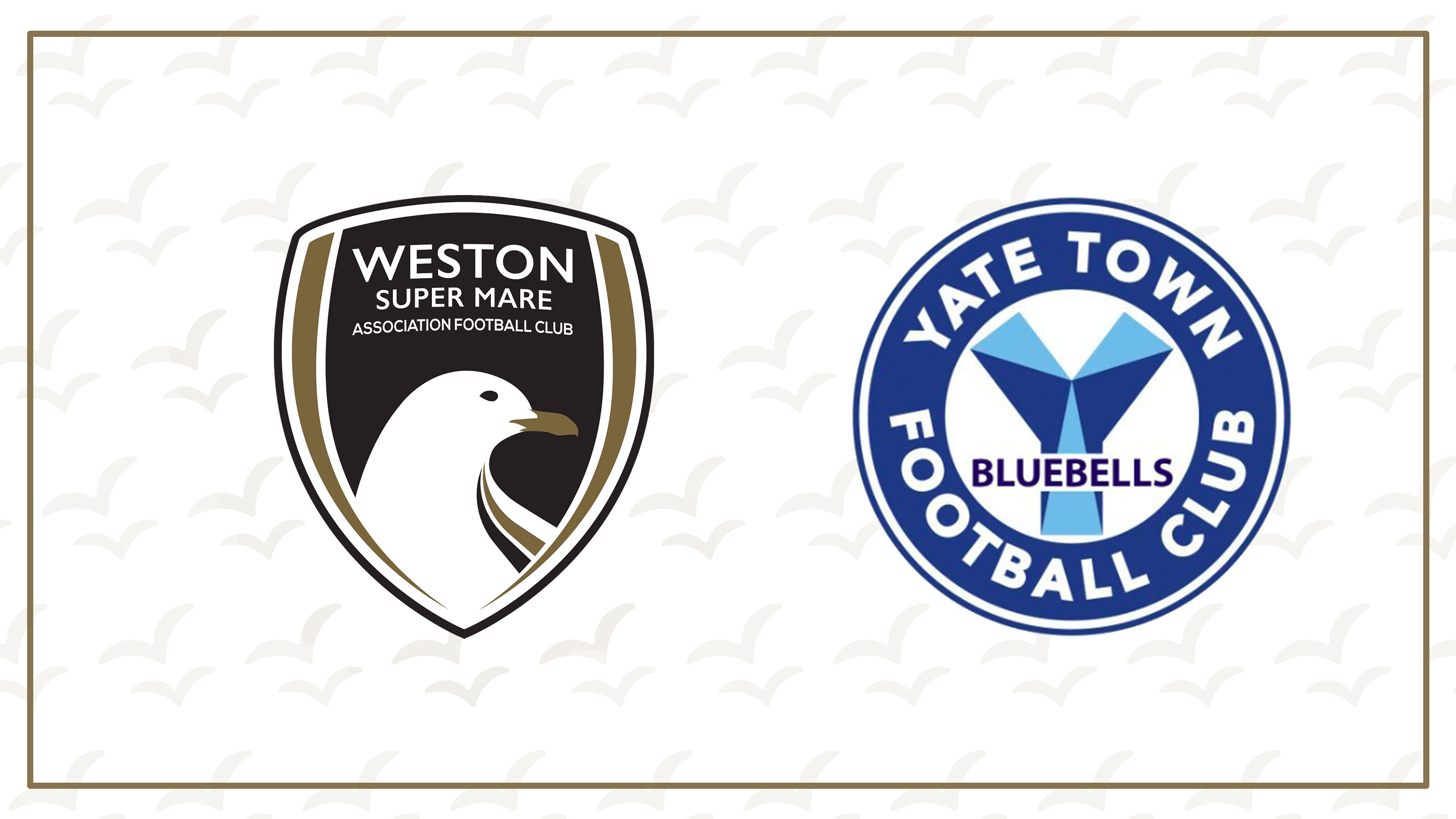 In a physical encounter between the two south-west clubs, it was the visitors Yate Town that came out on top with a 2-1 win over Weston.

Lloyd Humphries had the first shot of the game, but he blazed over from Dayle Grubb’s corner kick.

The early minutes of the game was a midfield battle between the two sides, both looking to find a way through the congested midfield. It was to be Yate that took the lead when Sam Turl advanced down the right, sliding away skipper David Sims-Burgess in down the right channel. His low cross across the face of goal came to Oliver Mehew at the back post, and he slotted in from six yards to break the deadlock.

Grubb had a shot from long range deflect off the crossbar as the ball struck Liam Angel, before the Seagulls were to get themselves back on level terms just minutes later.

A pass into the box found Nick McCootie, who held the ball up before backheeling it into the path of Jacob Jagger-Cane. The midfielder slid a low pass into the six-yards box toward the waiting Prince Henry, whose shot hit his standing foot as he failed to connect with the shot properly. The ball fell back to him perfectly however and he managed to convert the chance at the second attempt from six yards out despite a Yate defender trying to clear off the line.

Weston looked to up the ante and take the game to their visitors in the final 15 minutes, chances starting to come at a faster pace. McCootie’s toe-poke was held by Andy Hannah after the big No.7 had been found by Jagger-Cane, before a glancing Henry header from a Keiran Thomas cross rolled along the face of goal and away. Thomas drove over from long range when he got a sight of goal, before Scott Laird fired over from 18 yards as he ran onto a loose ball in the final action of the half.

The Seagulls came out for the second half fired up, attempting to find a way through the Yate defence. They came close to taking the lead when Humphries struck the post from 20 yards when the ball rolled out kindly to him, with Grubb’s follow-up on his left foot being pushed away by the diving Hannah.

Yate punished Weston for missing their opportunities in front of goal in the 68th minute when a strong Nathaniel Williams tackle on Sims-Burgess on halfway saw the ball roll kindly for Ricardo Rees. The visiting No.11’s deflected pass inside fell kindly for Joe Tumelty, who took one touch 20 yards out and fired into the top corner past Luke Purnell.

Weston refused to take their foot off the gas, immediately looking to get themselves back level. Laird cut inside and his deflected effort on his right foot struck the post before rolling away, before Humphries’ shot inside the area from a Sam Avery knockdown following a Grubb corner rippled the sidenetting with time running out. One last throw of the dice saw Jordan Bastin thrown on from the bench, and the winger had the final shot of the game, his left-footed effort from 25 yards held by Hannah as Yate held out for the win.