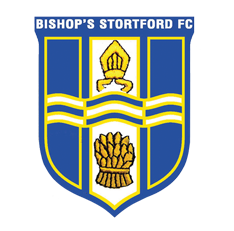 A dominant Weston side saw off a poor Bishops Stortford team, potentially relegated from the Vanarama Conference South, in a game where Dayle Grubb smashed home four goals and Jake Reid nodded home one.

Weston started quicker out of the blocks, with Dayle Grubb having a shot tipped wide just five minutes in. Just four minutes later Grubb got the Seagulls off and running for the afternoon when his weak attempt on goal managed to slip through the fingers of Voss, leaving Weston 1-0 up.

The Seagulls took their second in similar vein when Grubb caressed the ball into the far corner on 13 minutes. Rian Bray then nodded inches over the bar as Stortford looked to reduce the deficit.

The Weston winger was then able to chalk up his first ‘first team’ hat-trick for Weston in style just after the half-hour mark, as he was urged to shoot by the fans 25 yards from goal after turning quickly, before leaving his powerful effort nestling in the corner, making it 3-0.

Ryan Richefond drilled high and wide for Stortford in the closing moments of the first half, with Weston however easily soaking up any pressure from the Stortford attack, remaining calm and patient whilst in possession.

Weston emerged for the second half, still hungry to create chances, wracking up their fourth soon after the restart when Grubb again managed to squeeze the ball inside the keeper’s near post despite Voss getting a touch.

Just after the hour mark, Jake Reid crossed the ball in for the waiting Brad Ash, who was tripped by Purse, with the referee signaling for a penalty, however he was overruled by the linesman, who had given offside against Reid.

Weston rounded off the victory ten minutes from time when attacking full-back Jason Pope found space down the right, and his inch-perfect cross was powered home by the head of substitute Jake Reid.

Weston still felt they had time to grab a sixth, coming close when Brad Ash managed to get past the defenders before smashing his shot off the crossbar, Reid being unable to convert the rebound which fell his way.