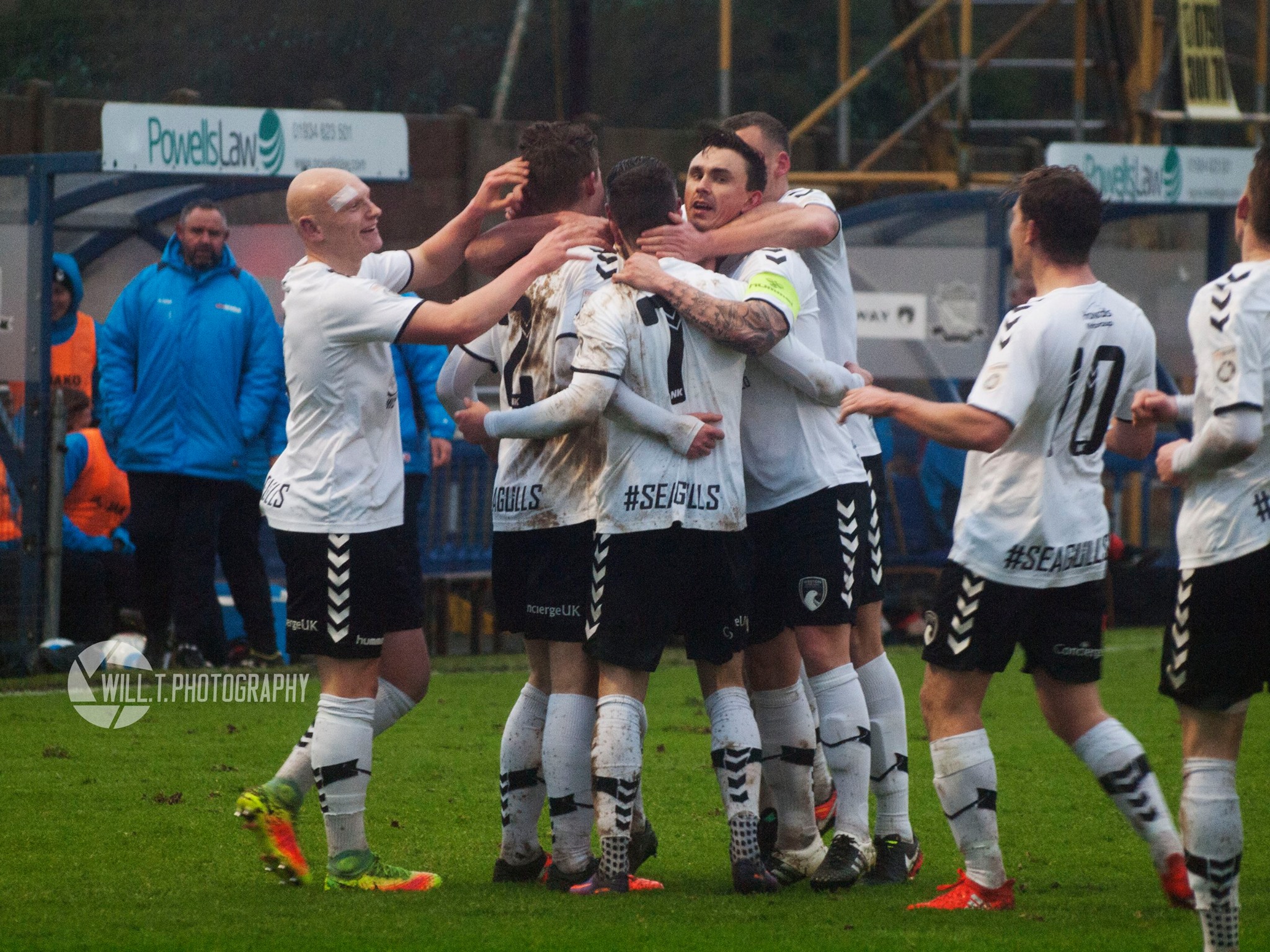 Grubb Grabs Brace To Start 2017 With A Bang

In the first League match of 2017, and after a mixed bag in 2016, Grubb stepped up to curl home two brilliant free-kicks in a game in which the entire Weston team put in a marvelous shift to rack up their first consecutive League wins since August and the first home win in the League since the opening day.

Truro certainly didn’t hesitate in taking an early lead, in the seventh minute, when Truro winger Niall Thompson delivered an inviting cross for Andrew Neal, who also scored against the Seagulls in the Boxing Day fixture, and Neal was able to slide in past a diving Luke Purnell allowing Truro to the lead.

Seagulls winger Dayle Grubbs first real chance to run at Truro was on the 20th minute as he collected a pass from Chris Barker, who shifted from Left-Back to Centre-Back, before riding past a few challenges and getting chopped down by Truro captain Aaron Pugh 20 yards out. Grubb picked himself up to calmly curl the free-kick around the wall and into the top-right corner to equalise for Weston.

Jamie Chamberlain then put the home side ahead by netting his first Weston goal in style. Chamberlain blocked a clearance out from the Truro defence before racing onto the loose ball near the byline. With Truro keeper Martin Rice and his defence hesitating, Chamberlain was able to slip the ball through the legs of Rice and slot into the corner of the net from a tight angle.

Both teams were ready to attack in the second half, but Weston quickly killed any chance Truro really had of getting something from the game when Grubb managed to beat two defenders with ease before pulling back for Gethyn Hill, who slotted into the net for 3-1 Weston to make it 2 goals in 2 games for the Welshman.

In a strange move for the second time in consecutive matches, former Eastleigh manager and Truro player-coach Chris Todd, usually a defender, was thrown on from the subs’ bench and placed up front. However, he repaid the faith placed in him by manager Lee Hodges when he jumped to meet a high cross from the flank and powered a header home into the corner to pull one back for the White Tigers.

However, Grubb capped off a superb evening when Lloyd Humphries was tripped 20 yards out from goal. The Supporter’s MOTM curled the ball home into the top right from the set piece, before running over toward the fans to share his celebration of netting Westons 4th.

Despite Truro’s best efforts, they were unable to take anything from the game and headed back to Cornwall leaving the Weston fans singing in the New Year from the stands.