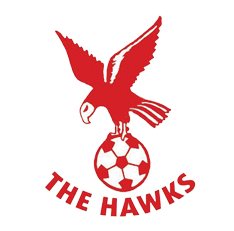 Weston claimed all three points at the Woodspring Stadium, with Gethyn Hill bundling in the winner late on in the first half.

Prior to the game, an impeccable minutes silence was observed for former Seagull player Darren Hawkins, who passed away aged 33 in midweek, before the action began. Dayle Grubb’s early shot was deflected wide, with Whitehawk struggling to control an attacking Weston side who drove forward at every opportunity.

Irnti Rapai was looking to impress on his first league start for the Seagulls, using his body well to win the ball back on occasions coupled with great linkup play with his team-mates, especially Grubb & Hill, allowing Weston to keep their attacks flowing.

Tristan Plummer shot wide from just outside the box, and Whitehawk’ Ramone Rose had an ambitious volley from 25 yards fly well wide of Luke Purnell’s goal, a passenger for large periods of the game.

Before half-time, Grubb’s effort from a free-kick was sent comfortably into the arms of Whitehawk keeper Seny Dieng.

Minutes later, the Seagulls earned a corner with Whitehawk scrabbling to clear only for Grubb to get on the ball, beat his man and drive the ball into the six-yard area. On hand was Hill to bundle the ball over the line, only for the referee to wave it away. With protestations from the Seagulls players and fans alike, the referee spoke to his assistant before changing the decision and awarding the goal.

Following the interval, Weston showed no letting up in their attacks and earned a penalty midway inside the second half. A corner was drilled in low, with Hill being fouled in the middle. Up stepped Grubb to take the penalty, slipping as he ran up, he smashed his penalty off the crossbar and in. But, the referee decided that the Seagulls captain had touched the ball twice when he fell, disallowing the goal.

Grubb then drilled into the side netting from 20 yards following Hill’s lay-off, before substitute Jake Lee had a shot kicked away by Dieng following a ball over the top.

On an afternoon where Whitehawk continued to look for, and failed to find, their first win of the league campaign, Weston return to winning ways in a game in which they dominated possession from start to finish.

MOTM: Jacob Cane – Controlled the midfield with some precise passing, ran forward to support attacks and fully deserved his MOTM despite other players being in contention.