A concentrated effort from the club has now come to fruition with the addition of two signings to bolster the already confident squad ahead of the start of the new season.

Marc McGreggor, along with his staff, have been working hard to bring in a duo of confirmed signings to reinforce the squad in readiness for the 5th August and the start of the new season. A familiar face has also been joined by a new addition to combine new talent with experience in the dressing room. 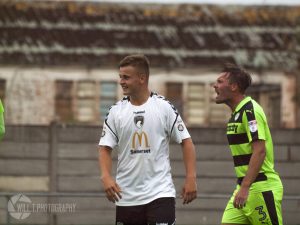 Jarrad Welch came through the Cardiff City academy, where he progressed through the ranks to join up with their U18 side ahead of the 2015/16 season. Welch was regarded as a bright prospect by the Bluebirds fans, and was seen as one of their best U18 stars in the 2016/17 season. During the second half of the season, he went out on loan to Cinderford Town, then of the Southern Premier, to experience first-team football however was unable to save them from the drop. Jarrad has played well in the pre-season bagging Man of the Match awards and has shown a great attitude in training. Jarrad responded to signing to Weston, “I feel great about coming to this great club. I’ve thoroughly enjoyed pre-season and can’t wait for the season to start. I think I have settled in well, I love the other players and think we can be a truly great squad.”

Tristan Plummer turned professional at Bristol City in 2007, where he was subject to a move to Arsenal. The winger then went on loan to Luton Town, Torquay United, Hereford United and Gillingham over the coming years. Following his release from City, he went across to Portugal and played for Portimonense before returning to England and Hereford. At the start of the 2013/14 season, Plummer signed his first contract with the Seagulls, before deciding to move to Aldershot Town. 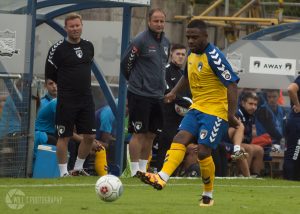 He spent time on loan at Weymouth, before seeing himself move back and forth between Weston and Aldershot. The winger then made a move to Hereford in 2016, where he remained for a season, before returning for his fourth spell at the Woodspring Stadium. Tristan commented “I really wanted to come back to the club when I knew Marc and Rob were returning. I love working under both of them. They were great when I was here before. I turned down a further year at Hereford so I could come here and score goals.”

“Both of these players will bring real quality to an already talented squad, giving us more depth for the season. We are still looking to increase the squad list but I will not be rushing in to signing just anybody, the players need to be right for us to fit in both socially in the dressing room in addition to possessing the technical ability to earn their place.”

Manager Marc added, “We recognise there is a lot of work ahead of us still, but I think this is an exciting time for everybody associated with the club.”