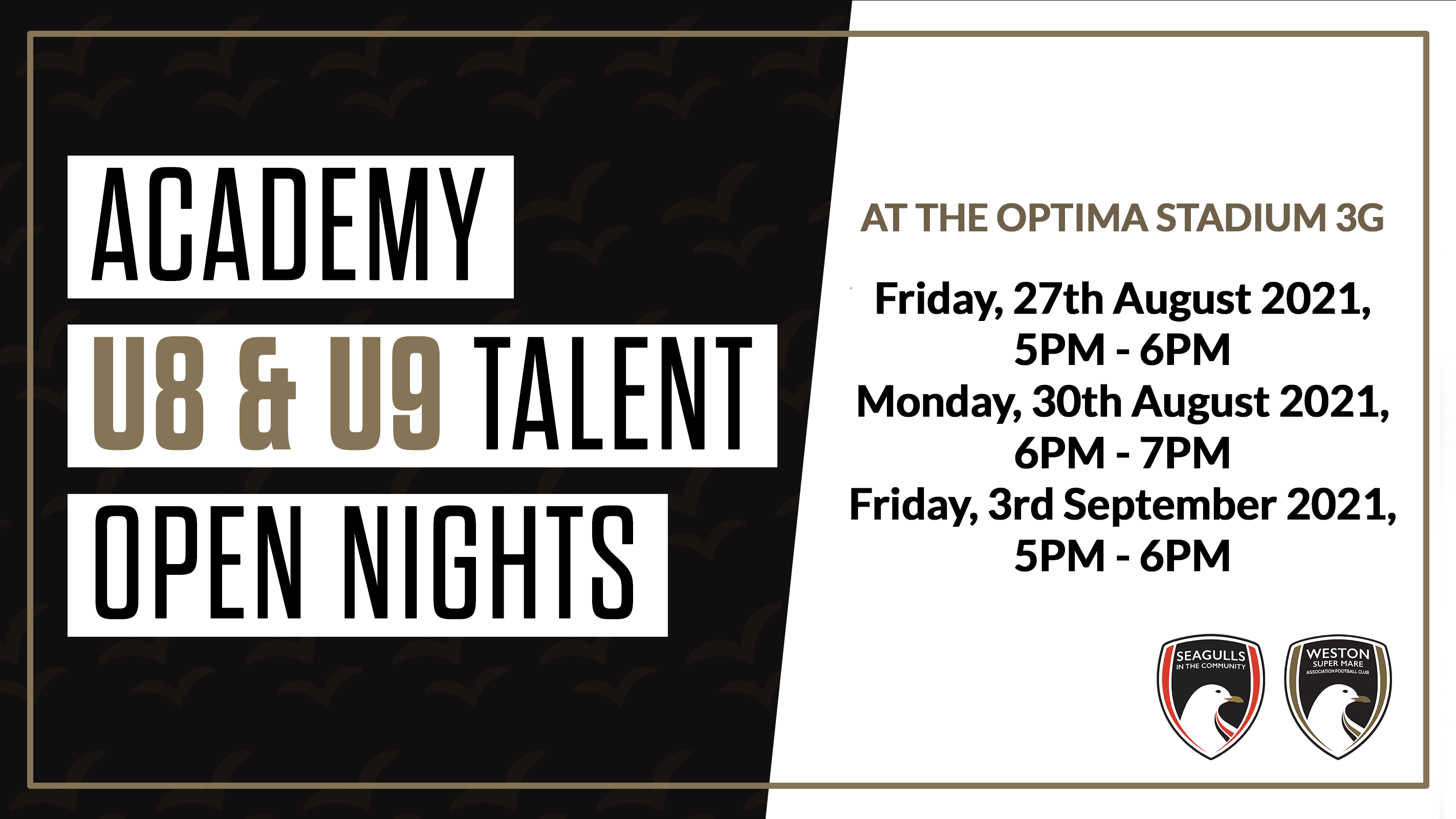 Weston-super-Mare AFC Academy have announced that every player who attends their U8 & U9 talent open nights will receive free entry to our match against Hartley Wintney.

The voucher will entitle 1x adult and 1x Under 16 free entry to our Pitching In Southern League Premier South Division game against Hartley Wintney at The Optima Stadium on Saturday 25th September 2021 kick-off 3pm.

Each player who attends the trials will be handed a flyer which can be presented at the turnstiles before the match to gain free entry.

Weston-super-Mare AFC Academy, who are 1 of only 22 clubs outside of the Football League nationally to be a licensed Academy and the only 1 in North Somerset, have opened up more spaces in their under 8, and under 9 age groups – Prompting the talent nights to be organised.

Players need to be in years 3 or 4 next academic year to attend the talent night.

The Academy has received record investment over the last 12 months, appointing Head of Academy Simon Panes and Head of Coaching Mark Mckeever, who is also the club’s Head of Senior Phase.

Simon will be at the sessions, along with Matt Bazell, Foundation Phase Manager, Jerry White, Chief Scout, first team management, and players.

Talent sessions have been set up on the following nights:

Both U8 and U9 age groups can attend all sessions.

These open nights are free to attend and will take place on The Optima Stadium’s FIFA quality 3G surface.