Danny Greenslade initially joined the Seagulls on loan from Bristol Rovers in February 2017 as a part of then-manager Scott Bartlett’s squad overhaul, before going on to sign a contract with Weston the following summer after his release from Rovers. Danny has moved to Hereford F.C. for an undisclosed compensation fee under the Bosman ruling. 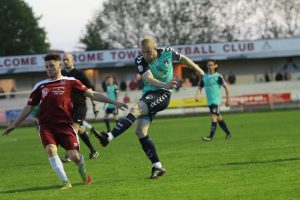 The left back enjoyed a very successful time with the club; a Man of the Match performance on his debut vs former club Bath City set the bar for his spell at the Woodspring. He scored 3 goals in 67 appearances and played a key role in the Somerset Cup triumph last season.

Everyone at Weston-super-Mare A.F.C would like to thank Danny for his contributions to the club and wish him all the best in his future endeavours.