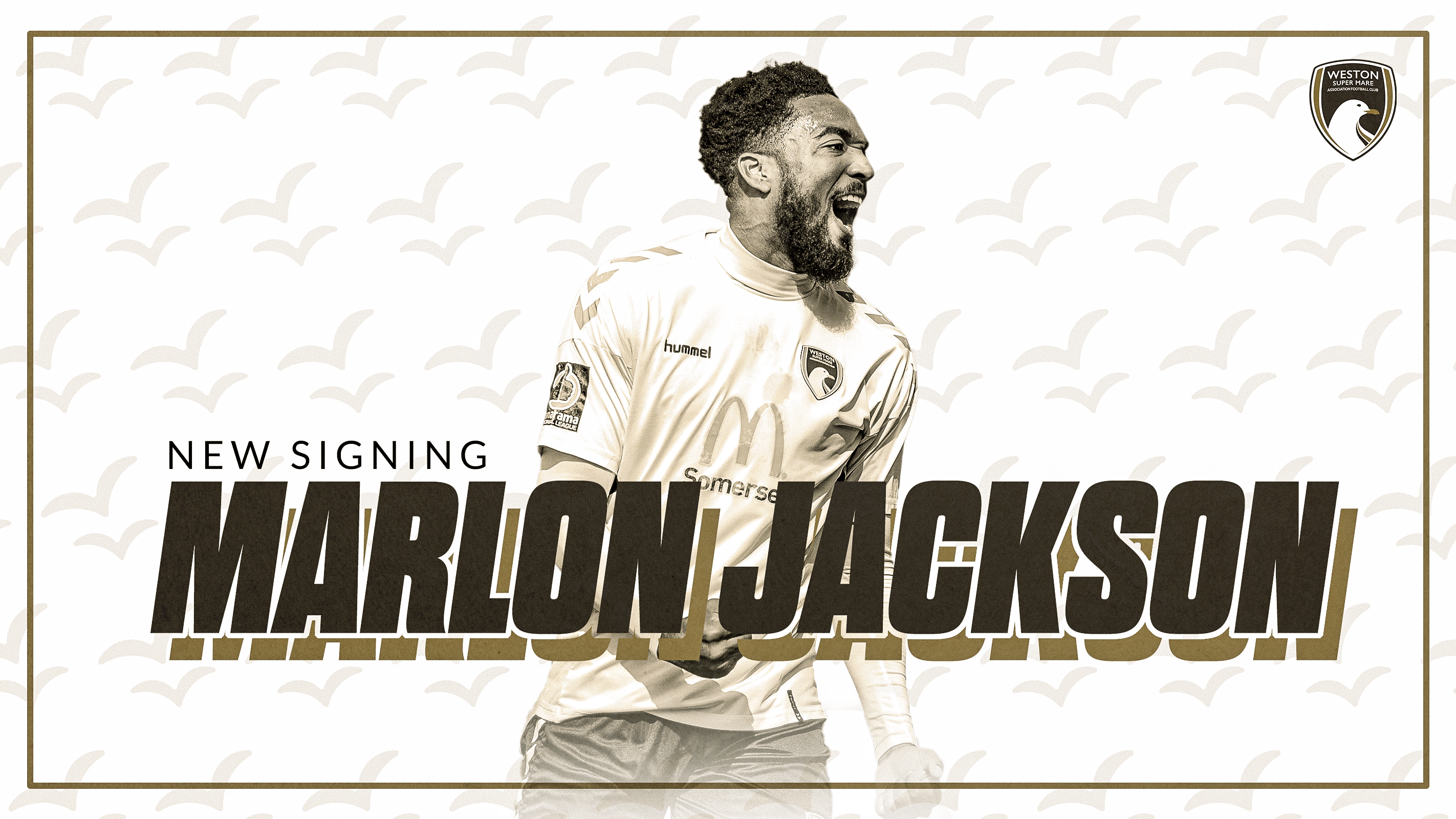 Weston-super-Mare AFC are delighted to announce that striker Marlon Jackson has returned to the club for a second spell following his departure from Chippenham Town.

Marlon spent five months at the club during the 2018-2019 season, scoring ten goals in 26 appearances which saw him finish as the club’s top scorer that season.

Since leaving the club two years ago, he has gone on to play for Gloucester City and Chippenham Town in the National League North & South.

Marlon is a good, experienced striker, and a good character. He’s had a good career, he also had a good spell here before and has done well at Gloucester and Chippenham since.

“We have some excellent strikers at the club, him and Nick can take the younger ones under their wings which will be valuable for us as we enter another busy period of games”.

We are delighted to see Marlon back at the club and wish him all the best when pulling on the Seagulls shirt.

Marlon began his career in the Bristol City Academy, joining as a 7-year-old and progressing up through the ranks before signing a professional contract at the age of 18 in 2009.

He joined League Two side Hereford United on a month’s loan, making seven appearances before returning to Ashton Gate.

In November 2009, the forward joined League Two side Aldershot Town on a month’s loan which was later extended until the end of the season, making 26 appearances as he scored one goal and assisted four.

During the second half of the 2010/2011 season, he made three appearances and was an unused substitute four times for Bristol City.

His next loan move away from Ashton Gate came in September 2011 with a two-month move to Northampton Town in League Two, making six appearances as he scored once and assisted one before being recalled a month early.

In November 2011, he joined League Two side Cheltenham Town on a month loan, making one appearance for the Robins.

Jackson got his first taste of non-league with a one-month loan to National League team AFC Telford United in January 2012, where he scored one and assisted one in three appearances. He returned to AFC Telford in March 2012 for a month, making a further six appearances.

Upon being released by Bristol City in May 2012, he rejoined Hereford FC, this time in the National League, for the season where he scored seven and assisted four in 25 games, being an unused sub once.

He secured a move back to League Two in July 2013 with Bury, scoring one and assisting one in nine games while being an unused sub once before moving to National League side Lincoln City in October 2013 on a two-month loan, where he scored one and assisted two in 10 games while he was unused from the bench once.

He joined National League club FC Halifax Town permanently in January 2014, going on to make 14 appearances for the Shaymen.

After leaving Halifax in the summer, he joined National League North team Oxford City in September 2014, scoring four and assisting three in 26 games while being unused from the bench once.

Moving on back up to the National League in August 2015 with Tranmere Rovers, Marlon assisted two in 13 games while he was unused from the bench once.

The striker returned to Oxford City, now in the National League South, in November 2015 and made 17 appearances while scoring six goals and assisting one.

League Two side Newport County was to be his next team, joining them in July 2016. He played 33 games for the Exiles, scoring one and assisting three while being unused from the bench 16 times.

In September 2018, Marlon signed for Hereford FC in the National League North, making six appearances and being an unused sub four times, scoring one goal for the Bulls.

Marlon’s first spell with Weston came in November 2018, scoring ten and assisting one in 26 games.

Marlon left the Seagulls in June 2019 and joined National League North Gloucester City, scoring eight goals and setting up one in 28 games, being an unused substitute once.

The striker’s most recent club was with National League South Chippenham Town, scoring three goals and assisting two in 19 games while being an unused sub once up until his departure from the Bluebirds last week.