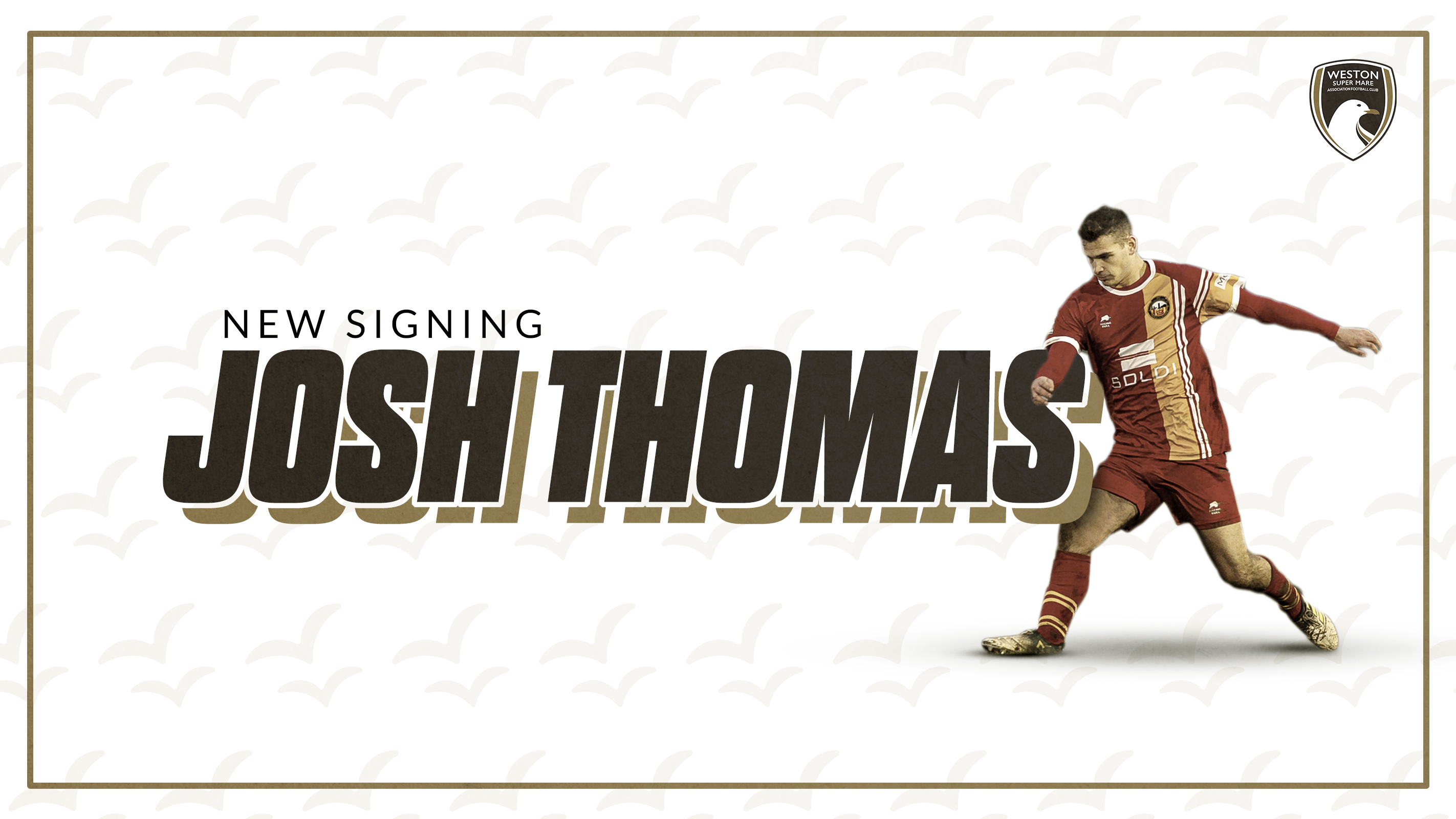 Weston-super-Mare AFC are delighted to announce that Josh Thomas becomes our second signing of the week as he arrives from Taunton Town, subject to completion of paperwork.

We have targeted Josh for some time, he is powerful and versatile so will be a perfect fit for us. He also has a connection to Knowlesy, Keiran, Marlon and Sam from Gloucester so will settle in well.

“We were just unable to get things sorted recently prior to him signing for Taunton but things change quickly in football and an opportunity came up for us over the last day or so. I’d like to thank Kevin Sturmey for helping us get it all sorted so quickly.

“We have a lot of games coming up – We think the addition of Marlon and Josh will help us.”

We welcome Josh to the club and wish him all the best during his time with the Seagulls.

Josh began his career in the youth academy of Hereford United before joining Cheltenham Town’s academy at the age of 15. He joined their under-18 setup in the summer of 2015, going on to captain the under-18s there for the 16-17 season.

Thomas was an unused substitute for Cheltenham six times during the 2016-2017 season before joining Southern League Division One South & West side North Leigh on a work experience loan until the end of the season in March 2017, making ten appearances and assisting one goal.

After impressing the staff at Cheltenham, he signed his first professional contract in May 2017 and went into their first-team squad for pre-season, eventually making his first-team debut against Swansea City U21s in the EFL Trophy and being an unused substitute once during August 2017.

He rejoined Southern League Division One South & West side North Leigh on loan in September 2017, making 17 appearances and assisting six goals before being recalled by Cheltenham in January 2018.

Thomas was an unused substitute for Cheltenham three times throughout January 2018, and returned to North Leigh for a third loan spell until the end of the season in March 2018 where he scored three goals in 11 appearances.

After his loan at North Leigh expired, Thomas was an unused substitute for Cheltenham on the final day of the season before he was released by the EFL club in the summer of 2018.

He signed for Midland Football League Premier Division side Westfields in August 2018, making 18 appearances and being an unused substitute once.

Thomas’ form for Westfields caught the eye of Chris Todd, manager of National League South club Gloucester City, and Todd signed Thomas in December 2018. The step up three levels didn’t faze Josh, and he went on to score one goal while assisting three in 66 games for the Tigers, being an unused substitute three times.

He left Gloucester in September 2021, joining Southern League Premier Division side Taunton Town in October 2021, where he made five appearances and assisted one before transitioning to the Seagulls.