The club are proud to announce that both goalkeeper Liam Kingston and midfielder Tommy Anderson will be featured in the upcoming match between England Colleges and Wales Colleges next month. 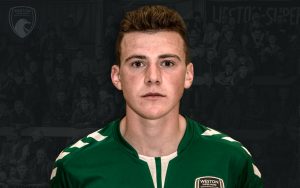 Liam, 17, explained “I trialled back at that start of the college year. I progressed through the first trial and also made it to the second phase and managed to secure a reserve place in the squad last week. I received an email informing me that I was called up to the squad in a game facing Welsh Colleges team on the 5th April.”

Seagulls Gaffer commented on the pairs call up, “Liam has come on in leaps and bounds, he is destined to have a great future. Chopper, our ‘keeper coach loves him, and he knows a thing about goalkeepers!”

Tommy’s call up came alongside Liams and Scott was equally as thrilled for him, “Tommy, 18, has been with me since he was 14 years old and is an extremely gifted footballer. He has done brilliantly and fully deserves his international recognition.

“It’s rare that a player so young is able to command such respect from a senior squad but our lads love him, they recognise he is going to be an outstanding footballer with a great attitude. 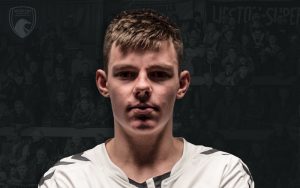 “Aden Baldwin and Brad Ash also played for ECFA, so the club are well represented at the moment.”

Ian ‘Chopper’ Harris, Weston’s goalkeeping coach added, “first and foremost I would like to offer my congratulations to both Liam and Tom on their selection.

“With regards to Liam it is a well deserved reward for the hard work he puts in. I’ve told him that it was never going to be easy playing, I mean this with no disrespect to Bridgwater this season as they’re obviously having a difficult time, but it was ideal for his learning, to go there and to keep his head down, to play and be selfish and think of himself. He’s a pleasure to work with and has a great future ahead of him.”