Further to international clearance being gained from the French FA and League registration, the club can announce the signing of Frenchman Papis Mendy. 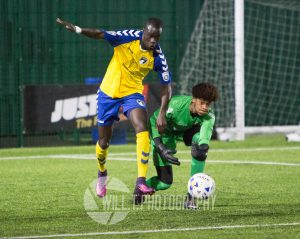 Defender Papis played in the training match against Bristol Rovers recently for the Seagulls and has been training with the team as well as travelling to home and away fixtures. Last season he was previously signed as a professional to FC Drouais Dreux, who play in the French league Championnat National 3.

In a statement made to the club Media Team, Gaffer Marc McGregor commented “Papis comes into what is currently a strong squad, he is looking to break into the team. He is a good footballer and an athlete, which is what is needed at this level. He is hungry to show us all what he can do moving forward.”