Club Reporter Liam Drury spoke to Caretaker Manager Mark McKeever on how he thought the past month had gone for The Seagulls.

Hi Mark. Thanks for talking to us. It’s been a tough one for you this past month, having to step up into the hot seat on a temporary basis. How do you feel the past month has gone?
Yeah, it’s always difficult when a manager leaves and for me especially, it was more difficult because I’ve known Marc (McGregor) for so long. We played together, good friends and to see him go at that stage wasn’t easy. It’s not nice for anyone. 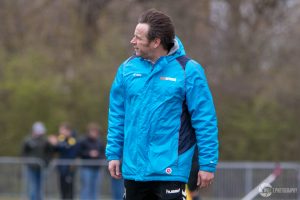 Let’s start with the Torquay game. It was a very good defensive performance, you held in there and then you hit Torquay on the counter to get the winner. What did you make of it?
Yeah, I think you’ve hit the nail on the head there. It was a very good defensive performance. When you’re playing a team like Torquay, you focus on the defensive aspects and you concentrate for the full 90 minutes. We played down there without a lot of the ball, and then we got one chance towards the end and took it. On the flip side this season, we’ve been so dominant with the football in some games that our concentration levels, when we lost the ball, weren’t where they should be.

Three days after that Torquay game, it was a poor defeat to Wealdstone, losing 0-5. Did you just switch off? What was the difference?
The Torquay game took a lot out of the players, but you can’t use that as an excuse. Against Wealdstone, it was a hammering but we actually started the game quite well. We had a few half chances, but you’ve got to take them. Where we are in the table at the minute, if the other team nick a goal, you can almost see the confidence drain out of the players. 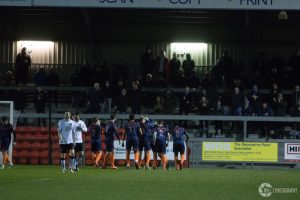 In the past month, it’s been an injury-hit squad as well with the likes of Marlon Jackson, Jennison Myrie-Williams, Eli Phipps and Alex Bray all picking up injuries. They must have been blows to you?
Exactly. You look at the players there that you’ve just named and the attacking threat that they bring. If you even lose one of those players during the season, it makes your squad a little bit weaker. And then to lose them all at one time, it’s massively unlucky and again, to lose the attacking threat of them in our team affects it massively.

Going back to the start of your caretaker reign, you drew against Chelmsford 2-2. You were two down, had a man sent off, pulled the game back. Can you just talk us through that game?
Yeah, the manager had just gone and everyone was disappointed so it was a case of trying to raise the lads up, keep spirits high. The weather conditions were horrific, I said to the lads before the game that the wind was that strong it would probably be a two-goal wind. First half, we defended against the wind, we managed to keep the deficit down and you could see that the wind would play a massive part in that second half. I was confident that we could go and get the win. We started well, big Matt Bower got a goal and put the lads on the front foot. At that stage, I thought we could go and win it. Again when you’re bottom of the league, things don’t always go your way. Tom Harrison pulled their lad in the box, not even sure if it was a penalty but away from home, they’re given and to brandish a red card as well. I thought that was extremely harsh. At that stage, you’re probably fearing the worst, but the lads showed unbelievable character, never gave up, kept scrapping. We actually played some good stuff considering the conditions and got a fantastic goal from Marlon, then was unlucky to not win it with Tom Llewellyn’s header.

Against Welling a week later, you lost that game narrowly 0-1. Do you think you could have won that game, especially in the second half with the attempts you had?
The Welling game was huge. We were pleased with the point at Chelmsford, we went into the Welling game full of confidence. They did what I asked of them, they gave everything and on a normal day, you’ve done enough to win the game, at least get a point and we’ve come out of that game with absolutely nothing, which massively took the wind out of the sails of the players. 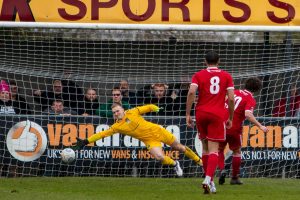 Bradley Goldberg of Welling scores the winner through a penalty kick

You’ve also moved Jason Pope to right midfield. Can you describe your thinking behind that?
When Jason first came here on loan, I was the assistant manager then. He came to us as a central midfielder, and I’ve always liked him there. I think he brings that bite to the team, he has a good range of passing, good energy. I can see why people have played him at the back, but for me, you get more from him as a team when you’re in midfield.

Luke Purnell’s also stepped up to be your Caretaker Assistant Manager. Was that your choice or was that down to the board?
When you look round the dressing room, Luke was an obvious choice. The club recognised that and I recognised that straightaway. I don’t even think that there was a discussion! He was the first name that popped up and then we went from there. 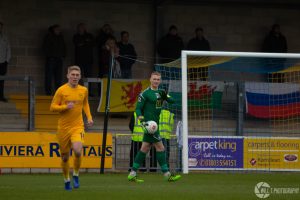 In the next few days, the new manager’s expected to arrive. Are you looking forward to working with him?
In the position we’re in, it’s not ideal. Whoever is that comes in will have a bit of rebuilding to do. He’ll have to get his strategy right for next season and at the start of next season, I’ll sit down with him, see what his plans are. If he wants me with the first team and involved, great and I really look forward to it, but that may not be the case.

Would you say that the relegation battle’s now over for Weston? Is it too late to save our season?
If you look at the table, then it’s not good but we’ve still got games to play. I’ve said from the start, until it’s mathematically impossible then we will keep fighting for every point. Even when we are relegated, there are still games to play and there’ll be building blocks for next season so we can start planning ahead. 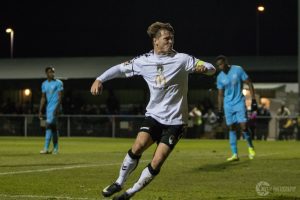 Over the next month, you’ve got Dartford, East Thurrock, Hampton, Hemel and Dulwich Hamlet. What’s your view on those games?
We went to Torquay and we won. Every game in this division’s winnable, it just depends on getting things right on the day whether that’s tactically or down to the drive and desire of the players. With this squad, we’ve got players that are capable of beating anyone on their day.