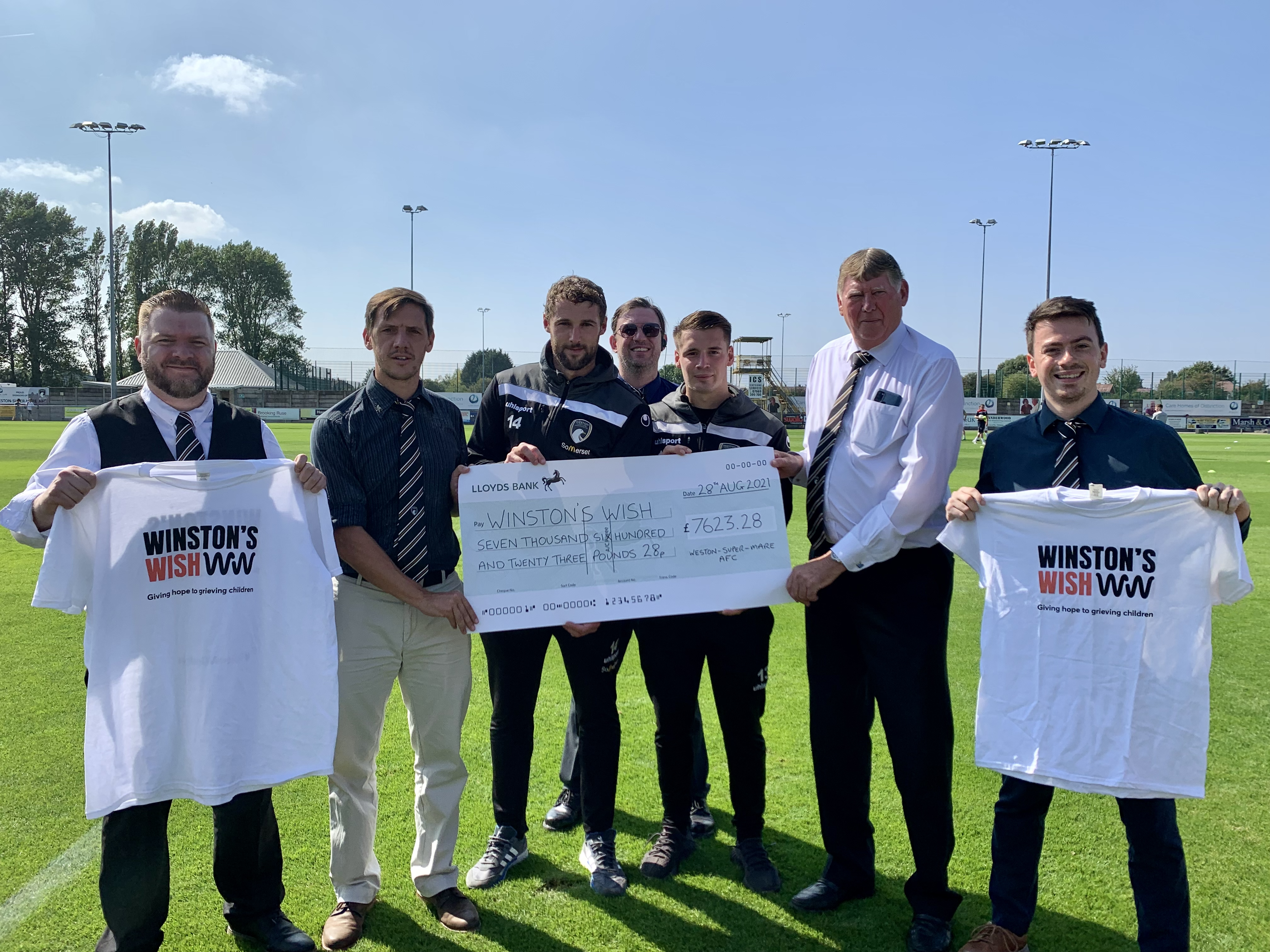 Weston-super-Mare AFC and Sellebrity Soccer are delighted to announce that their charity football match has raised £7624 for leading childhood bereavement charity Winston’s Wish, in memory of Liam Shepherd.

Liam Shepherd very sadly passed away in March this year. He played for Weston-super-Mare AFC Academy and was a keen fundraiser for Winston’s Wish.

We’re so grateful to all those who came to the match, to Liam’s mum, Kimberley, the team at Weston-super-Mare AFC and Sellebrity Soccer.

“The match day was such a special way to remember Liam and continue his legacy.

“This donation could help us provide one-to-one support for 15 children – That’s 15 young lives changed for good by helping them to come to terms with the past, to cope with their grief and learn to face the future with confidence and hope – for that we can’t say thank you enough!”

We’ve like to say a huge thank you to everyone who showed their support.

“It was an outstanding day – Everyone at Sellebrity Soccer would like to thank you the celebrity players the football club, and everyone who visited The Optima Stadium

“For what was a very emotional day, the feel good was needed and to have raised an amazing amount of money for Winston’s Wish is the cherry on top.”

“We already can’t wait for next year where the event will be bigger and better.”

It was truly a remarkable day, the support from the local community was amazing to see.

Winston’s Wish was the UK’s first childhood bereavement charity. They have been supporting bereaved children and young people since 1992 and continue to lead the way in providing specialist child bereavement support services across the UK.