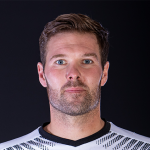 SPONSORED BY: THE MORTGAGE CENTRE

The 31 year-old full-back started out his career with Plymouth Argyle in their Centre of Excellence, being offered a professional contract in February 2006 by manager Tony Pulis.

In September 2006, Laird joined Southern League Premier side Tiverton Town on an initial one-month loan which was then extended by five months, making 20 appearances and scoring four goals from a central midfield role.

Upon returning to Plymouth in the summer of 2007, Laird made his Pilgirms debut against Wycombe Wanderers in a League Cup tie, assisting the winner in a 2-1 win, on his only appearance for the side.

In October 2007, Laird was loaned out to the non-league system for a second time, this time to Conference Premier outfit Torquay United. The loan was extended for another month in November, but he made only two appearances.

On New Years Eve 2007, Laird headed out on loan to Conference Premier side Stevenage, signing permanently for the side from Plymouth in February 2008 for an undisclosed fee. During the 2007-2008 season, Laird made 15 appearances and scored one goal for his new side.

In the 2008-2009 campaign, Laird was a part of the squad which won the FA Trophy with a 2-0 triumph over York City, but missed the final due to suspension. He made 60 appearances in all competitions throughout the campaign and scored four goals from his position of left-back.

In the 2010-2011 season, Laird had a good debut in the Football League, playing a pivotal role throughout the season as Stevenage won promotion to League One via the Playoffs, beating his former side Torquay 1-0 in the final. Laird also captained Stevenage for the first time in March 2011 donning the armband for their game against Hereford United, as he made 56 appearances and scored four goals throughout the season.

In 2011-2012, Laird finished as Stevenage’s second highest scorer during the campaign with nine goals in 56 appearances as Stevenage were defeated in the League One Playoffs, and he brought his time at Stevenage to an end when his contract expired, having made 245 appearances and scored 24 goals for the club.

In May 2012, Laird signed for League One side Preston North End on a free transfer, however his personal season was disrupted by a leg break against Notts County in November 2012, ending his season prematurely and ending the season with four goals in 24 appearances.

In 2013-2014, Laird and Preston suffered Playoff heartbreak, losing in the semi-finals to Rotherham United as he made 42 appearances across the season and scoring one goal.

2014-2015 brought happier times for the Lancashire club, as Preston achieved promotion back to the Championship with a 4-0 win over Swindon Town in the Playoff final. Laird also scored Preston’s goal against Manchester United in the FA Cup Fifth Round, briefly putting them in the lead, as he made 42 appearances during the season and scored two goals. In the summer of 2015, Laird chose to leave upon the expiry of his contract, having made 108 appearances and scored seven goals.

In June 2015, he again joined another League One side in Scunthorpe United, making 38 appearances and scoring two goals during the 2015-2016 as the Iron narrowly missed out on a Playoff place by one spot, finishing seventh in the table.

Laird made one appearance for Scunthorpe in August 2016, before he joined divisional rivals Walsall on loan until January 2017, where the loan was extended until the end of the season, and he made 32 appearances and scored four goals for the Saddlers.

In June 2017, Laird’s contract with Scunthorpe was terminated by mutual consent, having made 39 appearances and scored two goals for the side.

In the same month, Laird moved closer to home, and joined newly-promoted League Two side Forest Green Rovers. Laird made 43 appearances and scored three goals during 2017-2018, before making one appearance for FGR during the first half of the 2018-2019 season.

The left-back rejoined League One side Walsall on loan in January 2019 until the end of the season, making seven appearances for the Saddlers.

At the end of the 2018-2019 season, Laird was released by FGR, having made 44 appearances and scored three goals for them.

Laird has also been recognised internationally, captaining Scotland U16s up to U20s level, making 33 appearances for the Scotland youth sides and scoring six goals. Laird also started for England C against Belgium U21s in May 2009 as his only England C cap, losing 1-0 as a side that contained Liverpool goalkeeper Simon Mignolet and Inter Milan midfielder Radjia Nainggolan came out on top.

Laird is also the son of former Seagulls manager Craig Laird, and his brothers Jamie, Craig Jnr and Callum have also pulled on the jersey of Weston during their careers.