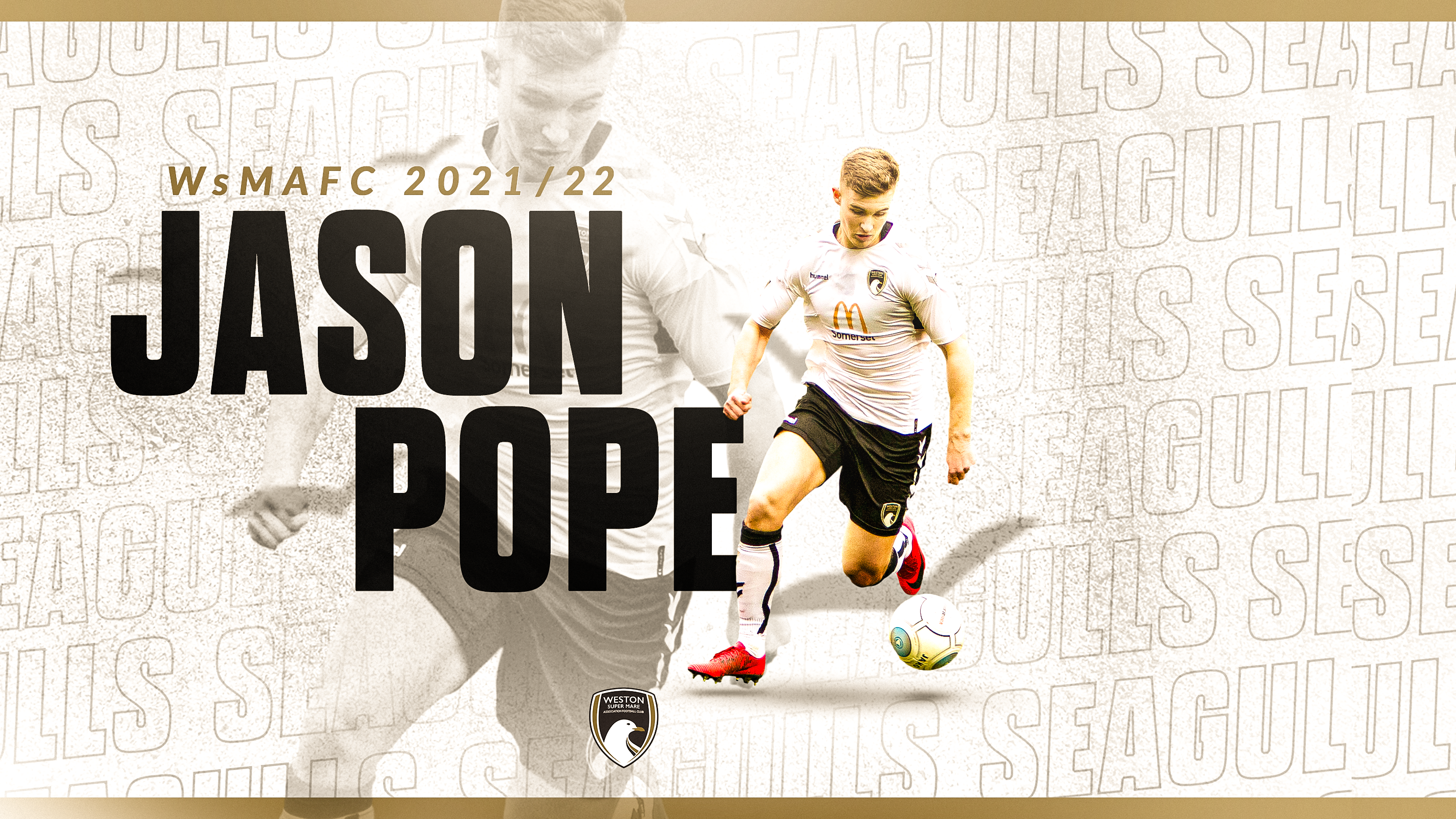 Weston-super-Mare AFC are delighted to confirm that Jason Pope has rejoined the club.

Pope spent four years at The Optima Stadium from 2015 to 2019 before moving onto Hereford FC and Bath City.

“Popey is well known to us and has quality, he will add pace and power to the squad.

“He did very well for me before and I was disappointed when he decided to leave just as I returned to the club but I understood his reasons and we have kept in touch.

“Understandably there was a lot of competition for his signature and we are delighted to have him back”.

Talking about his move back to BS24, Jason said:

“As soon as I got in contact with Scotty, I knew I wanted to come back, play under him, be back with the boys.

“When I was here before, they had the training pitch all getting done and the infrastructure the club’s got now is really exciting for the future of Weston”.

The versatile player began his career in the Exeter City Academy, joining at the age of eight and progressing through the ranks before signing his first professional deal in April 2014.

During the 2014-2015 season, he made one appearance for the Grecians as a substitute in an EFL Trophy while being an unused substitute in League Two four times.

In July 2015, he made a loan move to the Seagulls, making 25 appearances and being an unused substitute six times, with one goal and two assists coming in the 2015-2016 campaign.

After being released by Exeter in the close-season of 2016, Pope rejoined the Seagulls on a permanent deal just ahead of the 2016-2017 season. During his three-year stay in North Somerset, Pope made 138 appearances while being an unused substitute seven times, getting one goal and assisting ten.

The versatile player moved onto National League North side Hereford FC in June 2019, where he made 34 appearances and was an unused substitute seven times, scoring five goals and assisting two during his time at Edgar Street.

In August 2020, Jason signed for National League South club Bath City. During his time at Twerton Park, Pope made 11 appearances and was an unused substitute eight times before departing after the season was declared null and void.

We would like to welcome Jason back to the club and wish him all the best for the forthcoming season.