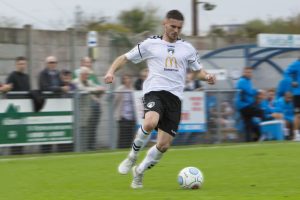 It is with regret that the Club announces the departure of Irnti ‘Iddy’ Rapai.

After much consideration he has concluded that the travelling to and from Weston for training and home matches, coupled with the cost of transport from his base in London is too much for him.

Iddy said “It is a tough decision for me to make but believe me the travelling had become too much to deal with. I would like to wish the Club the best of luck for the remainder of the season.”

Marc McGregor added “We are very sorry to see Iddy go but we will try and help him find a club nearer to his home. We have circulated all clubs in the National League Premier and South who are close to London with his details in an effort to assist him in finding a new team with which to play.”