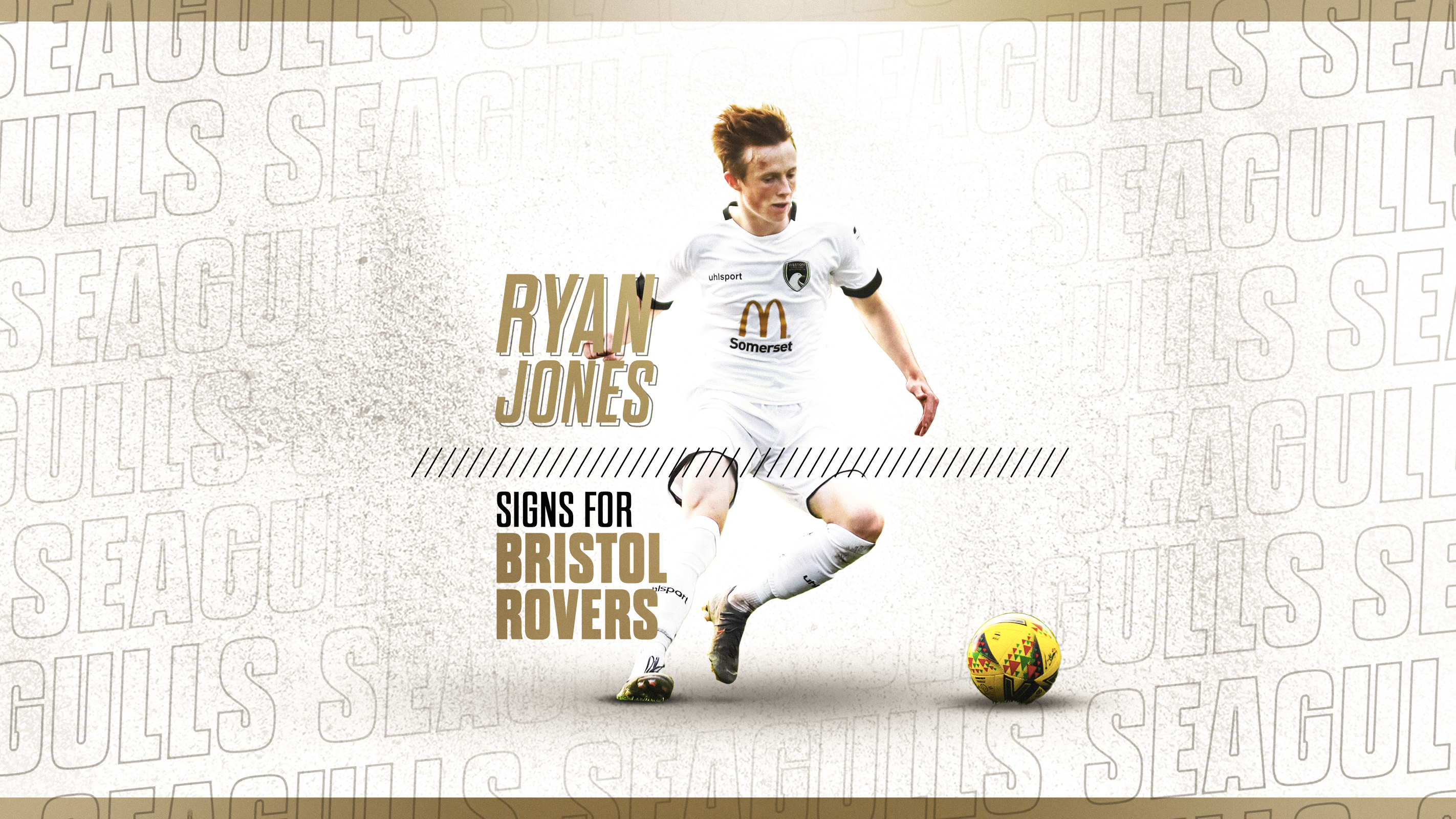 Weston-super-Mare AFC are delighted to announce that Ryan Jones has completed a move to League One side Bristol Rovers for an undisclosed fee, with the 18-year-old being loaned back to Weston for the remainder of the season, subject to FA and Southern League approval

Bristol Rovers have beaten off stiff competition from a number of Football League clubs to secure Ryan’s signature.

Jones joined The Seagulls when he was 16, linking up with the Weston Academy Weston College Under-19s squad who compete in the National League U19 Youth Alliance. His flourishing performances for the youth team saw him integrated into Scott Bartlett’s first team upon his appointment in the 2019 pre-season, with Jones getting valuable experience during his first season as a first-team member.

A winger by trade, his transition to left-back this season has seen him take his performances to a new level, his current Weston record standing at four goals and three assists in 19 appearances.

Ryan has done brilliantly and has earned this opportunity.

“As a club, we are pleased that through our academy and first team, we have been able to help yet another player to go on and play professionally.

“Clearly there has been a lot of interest in Ryan and rightly so. Amongst all the speculation over the past few weeks, he has handled himself really well which is a credit to him.

“I’ve brought players in and sold players before and all too often the first-team managers try to get all the recognition when in reality we are often one of the last cogs in the wheel.

“I won’t let that happen here, everyone at our club has played a big part and are equally responsible for producing and nurturing Ryan.

“People like Mark McKeever, Lairdy and The Board should be rightly proud of their involvement.

“This is a good move for him and I’d like to thank Bristol Rovers and Tommy Widdrington for allowing us to continue his development until the end of the season and for the respectful manner in which they conducted negotiations.”

I am delighted to have signed for Bristol Rovers and am looking forward to the next stage of my career.

“Scott and Lairdy told me they would get me a move if I kept playing well and working hard.

“I’d like to thank them and everyone at Weston for helping me achieve this in such a short space of time.”

Jones is just the latest in a line of former and current Weston players to move into full-time football from The Optima Stadium, a list which includes Ryan Harley, Bradley Ash, Scott Wilson, Rollin Menayese and Dayle Grubb.

To find out more about Weston Academy, who are 1 of only 22 clubs outside of the Football League nationally to be a Licensed Academy and the only 1 in North Somerset, CLICK HERE