WE ARE DELIGHTED TO ANNOUNCE THAT SCOTT BARTLETT HAS BEEN APPOINTED THE NEW FIRST TEAM MANAGER OF WESTON-SUPER-MARE AFC.

The former Forest Green Rovers academy manager has returned to Weston for a second spell as manager on a three-year deal.

On his reappointment, Bartlett said:

I am delighted to commit my future to WSM.

“My immediate goal now is to work with the board to build a squad that the supporters deserve and one that will challenge at the top of the table.

“Relegation was unfortunate but it gives us – the management team, the board and the supporters a chance to rebuild and rebuild properly in a good way.

“Our training facilities are impressive for this level and the club has moved on in that respect since I was last here.

“It’s important we sign the right players, we need a squad that are desperate to fight for the club.

“I will spend the next 24 hours discussing players with Mark McKeever who has done a great job of steadying the ship, he has been a credit to the club and I am looking forward to working with him.

“In addition, I hope to bring in an experienced assistant player/coach who has played at a much higher level, hoping they have a similar impact to the one Chris Barker did.

“I hope you share my excitement for the season ahead, we should be respectful of the league we are in but enjoy the challenge it brings.

When asked about Scott’s reappointment, The Board said:

We have taken our time to recruit the right person for the job.

“This has been a long process and we have interviewed a number of excellent candidates.

“We believe we have in Scott the right person to help get us back into the National League South at the earliest opportunity.

“He will commence his employment on 1 June.

“We are certain our supporters will be as delighted as we are with Scott’s appointment.”

BACK WITH THE SEAGULLS

In October 2016, Bartlett got his first permanent taste of first-team managerial experience by joining the Seagulls. 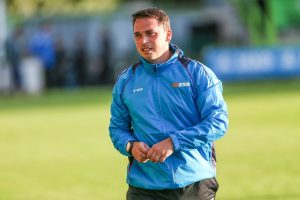 In the eight months that followed, Scott reshaped the squad and ensured National League South safety, with his side scoring an impressive 66 goals along the way, drawing a blank just once.

Bartlett was adept in the transfer market, signing current Bristol Rovers centre-back Rollin Menayese as well as adding to the midfield depth by signing the likes of Cardiff City U23’s midfielder Lloyd Humphries and current Hereford FC midfielder Theo Wharton on loan, as well as signing Danny Greenslade on loan and then bringing him in on a permanent deal just before he left.

During his playing career, Bartlett started out in David Hockaday’s Cirencester Town Academy as a youngster, before moving on to Salisbury City. In nine years, he played over 400 times for the Whites, with a title win in the Southern Premier and a playoff win in the Conference South. 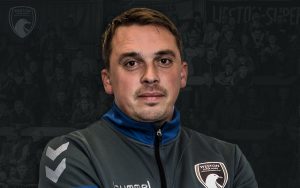 Upon his release from the Raymond McEnhill Stadium in March 2009, he signed for Weston, where he captained the side for a short spell and then moved across North Somerset to Bath City in February 2010. He managed four starts as his spell with the Romans was hampered by a shoulder injury.

In the summer of 2010, he joined Conference side Forest Green Rovers and made 11 appearances across the 2010-2011 season before being forced to hang up his boots in August 2011 due to a knee injury.

Bartlett then moved into coaching with the Forest Green Rovers Academy, becoming their Head of Academy and raising the academy level to ‘category three’ before his departure from The New Lawn.

Scott looked after the Forest Green Rovers first-team on a caretaker basis across two separate spells in 2013 and 2016, managing four wins, one draw and one loss across both spells as he took FGR to the Conference playoff final in 2016.

The Club are delighted to have Scott back as the new manager to take the club forward and wish him the best over the forthcoming season and beyond.