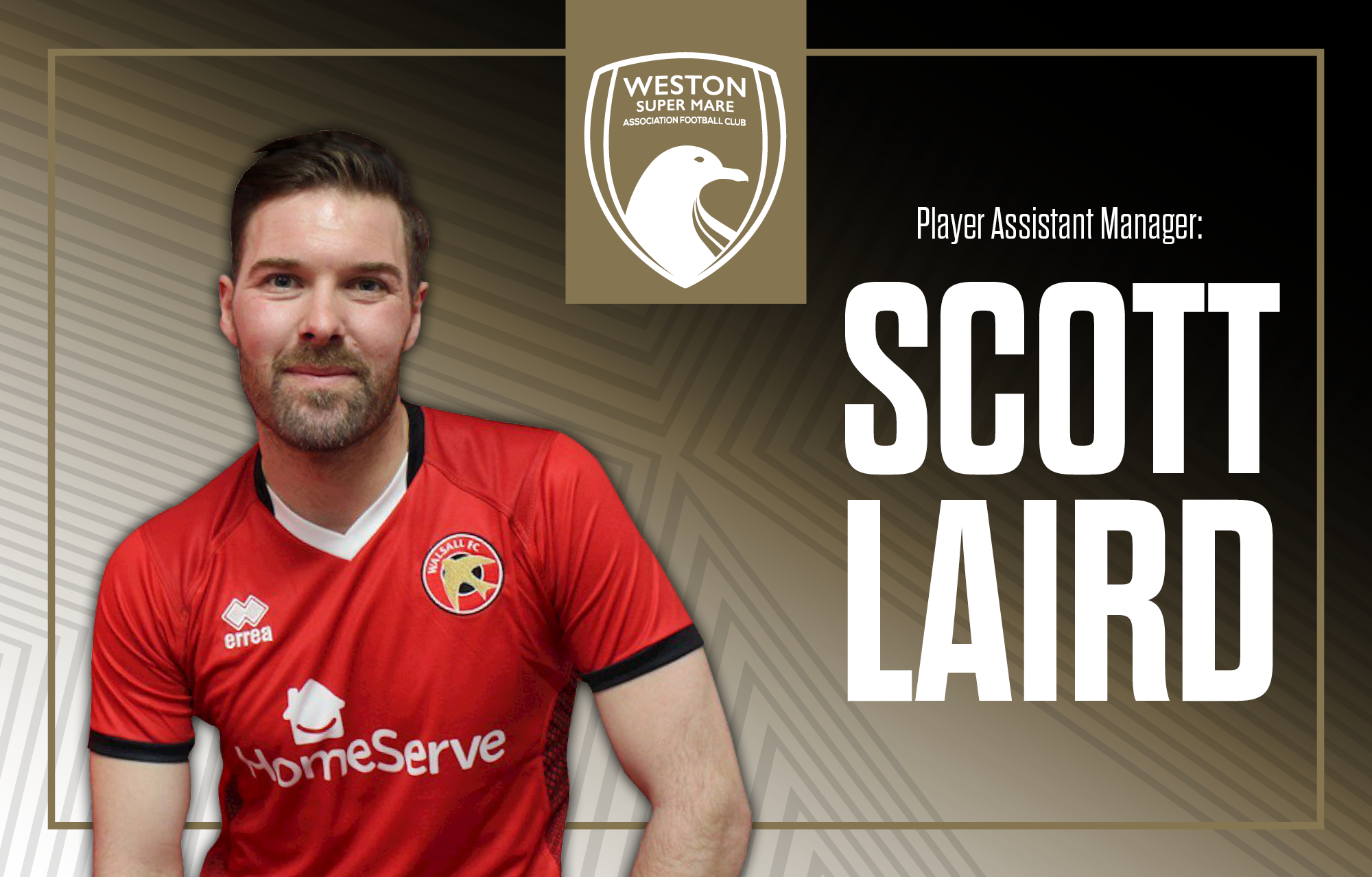 THE BOARD ARE DELIGHTED TO ANNOUNCE THE SIGNING OF EXPERIENCED FOOTBALL LEAGUE DEFENDER SCOTT LAIRD, FORMERLY OF STEVENAGE, PRESTON NORTH END AND FOREST GREEN ROVERS. HE HAS SIGNED ON AS PLAYER ASSISTANT MANAGER AT THE OPTIMA STADIUM.

The Board have been working on this signing for some time and we feel that this is one of the biggest signings in the club’s history, up there with Stuart Slater.

He still has the ability to play league football but also he is keen to get into coaching at an early stage of his career, so this fits really well for both Scott Laird and the Club.

In addition to this, Scott Bartlett has worked with Lairdy before joining Weston-super-Mare AFC, so they are both looking forward to working together.

We are sure that they are going to create a great partnership with the support of Mark McKeever and we now feel that the management team and playing squad are coming together at the perfect time.

Laird has penned a three-year deal starting from the beginning of August in line with all other contracted players in BS24, which will see the two Scott’s moving the Club forward in line with the Boards vision.

Scott Bartlett will continue to shape his squad for the 2019/2020 Southern Premier Division South campaign with the support of Lairdy.

Scott has had an unbelievable career and is a perfect fit for us.

“With around 400 league games and promotions, his career speaks for itself.

“Early on in his career, he was not afraid to go and prove himself in non league and by doing so earned a move to Stevenage which kick started things for him.

“What he is doing here with us is very similar and we hope to be successful together in management at Weston-super-Mare AFC and take this club forward together.

“First and foremost, Scott is still a fantastic player and finished last season playing in league one at Walsall.

“He is a leader both on and off the pitch and in all honesty, this is a massive coup for the club.

“He has turned down several lucrative offers to stay in the Football league, he has committed to us because we offered something different, a chance to get on the management ladder whilst continuing to play at a club near to his family roots.

“Sometimes in football and life in general things come together at the right time and that is certainly the case here.

“We worked together for two years at Forest Green Rovers and I am delighted to have Scott as my assistant, we will work well together along with Mark Mckeever who has done a great job for the club.”

This is a great opportunity for me, one to work with Scott, who I have got to know well at FGR while I was a player. He allowed me to work with him within the youth team set up which was a good grounding.

“We have a great relationship and football understanding and I can’t wait to start.

“This club has a lot to offer, it’s plan for the future and the potential is the biggest selling point. It’s now down to us to work within sensible budget constraints, to test ourselves in lots of ways and fulfil the potential this club has by working our way up the pyramid taking it one game at a time.

“The supporters, owners, management staff are all aiming for the same thing and with the squad of players we are assembling I’m very excited to get going.

“I could have stayed in the football league and had offers to do so but this is an exciting opportunity.”

The Club is delighted to welcome Scott Laird to Weston as a player and as part of Scott Bartlett’s backroom staff. We wish him all the success with the Seagulls.