Tomorrow, the Seagulls head to playoff chasers Concord Rangers in the last encounter of March.

The Seagulls are ten points adrift from safety with six games remaining, with safety now looking near-impossible for the only founding members left in the National League South, yet to be relegated from the division since it was formed in 2004. Alex Bray continues to step up his recovery from injury after warming up on Tuesday evening, while Mark McKeever will need to assess his squad for any potential knocks and niggles after a gruelling seven days in two hard-fought encounters. 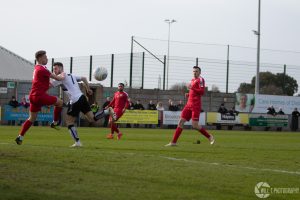 Concord are currently chasing the playoffs, currently sat in 9th and three points off of the 7th-placed Billericay Town. The Beachboys have lost one out of their last five league games, having won two and drawn the other two. Concord have added to their squad in recent days, signing forward Mikhail Kennedy on a one-month loan from Charlton Athletic.

Last time these two sides met was back in October, with Concord returning back home with three points after a 1-2 win. Liam Nash slammed in two minutes after coming on as a substitute, and Jack Midson glanced in a cross to score another one for the visitors. Jake Lee pulled one back late on, drilling into the corner from inside the area. 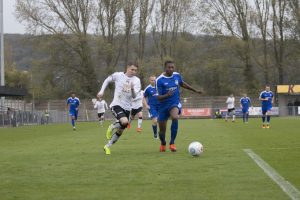