Tomorrow evening, the Seagulls head across to South Wales where they will face Merthyr Town in their first away trip of the new league season.
The Seagulls kicked off their BetVictor Southern League Premier South campaign at the weekend with a 2-2 home draw against Hendon, with Ben Whitehead netting a last-minute equaliser on his league debut for the Seagulls. After their impressive second-half showing against Hendon, Scott Bartlett’s side can take the momentum into Tuesday night. 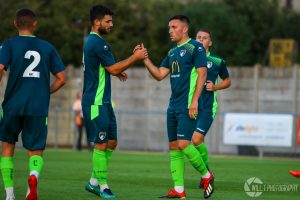 Merthyr Town also failed to win their opening league game, losing 1-0 away to Harrow Borough thanks to a Michael Bryn header from a set piece. New loanee Rhys Davies, a loan signing from Hereford, may make his first start for the Martyrs after coming on at the weekend while former Seagulls Gethyn Hill, Ben Swallow and Tom Meecham may be in line for an appearance.
The game kicks off at 7:45pm at Penydarren Park. Ticket prices for the game are as follows: £12 Adults, £9 Concessions, £1 Children. 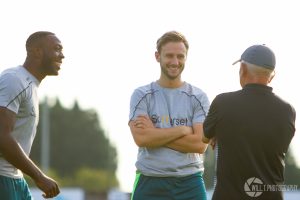