This Saturday, Weston and Bath’s local rivalry will go to a whole new level, with a place in the FA Cup first round for one of the two North Somerset clubs on the line.

Marc McGregor and his squad know that a win is vital for the Seagulls in terms of financial gain and confidence, with only two wins in all competitions this season. Brad Ash is cup-tied, while Tristan Plummer is suspended, leaving McGregor without two of his forward players. Weston’s run to the fourth qualifying round has been far from straightforward, with an extra-time victory late on against Salisbury and a last-minute winner against Coggeshall leaving hearts racing until the very last.

Bath have had an easier run toward the fourth qualifying round, with a 0 – 2 win over Banbury and a 3 – 0 win over Lewes to progress comfortably. Former Exeter City striker Ryan Brunt will be one to watch out for, his duel with Matt Bower in the last game was one that unfortunately the Bath forward came out best in. Michee Efete will look to have the likes of George Nurse, Gethyn Hill, Jamie Lucas and Eli Phipps under control, as the Romans look to progress into the first round proper. 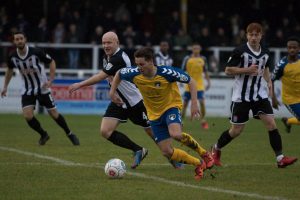 Last time Weston met with Bath, they lost 2 – 0. Former Newport County midfielder Sean Rigg nodded in to put Bath ahead after Luke Purnell had denied him from the penalty spot, before right-back Joe Raynes flicked in a Rigg shot to put the Romans two to the good, and to see out the game.

On the game, Marc McGregor commented “If we want to win the cup, we have to beat good sides like Bath along the way. Jokes aside, it is a tough game but we are pleased we are at home at the Woodspring. Bath are playing really well currently so it should be a great game and one we are looking forward to as a group”. 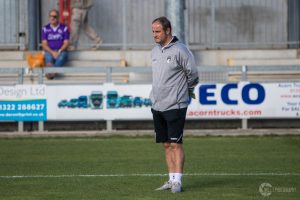