In the final game of 2018, Weston host their North Somerset rivals Bath City in a clash which the Seagulls need to win as they try to stay in touch with their relegation rivals.

Weston failed to pick up what could have been a vital three points against Gloucester City on Boxing Day, instead drawing 0 – 0 in a better performance than what has been on show in recent weeks. Weston have had a good record at home to Bath recently, having lost only one in the past seven home games to the Romans. Manager Marc McGregor has a full squad to choose from. 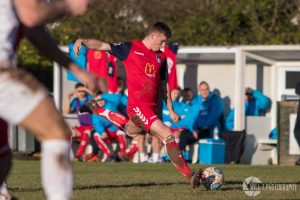 Bath have won two in their last five league games, wins over Chelmsford City (2 – 0) and Eastbourne Borough (1 – 0). On Boxing Day, Bath drew against Chippenham Town in a 2 – 2 draw, coming from behind to draw level.

Last time the two sides faced, Weston won 1 – 0 in the FA Cup Fourth Qualifying Round. Gethyn Hill slotted in early on to break the deadlock, and Weston players heroically defended with their backs against the wall in the second half to book a place in the FA Cup First Round proper.