After Tuesday night, Weston still sit bottom of the table, on three points, with their first league point since August coming on Tuesday vs high flyers Torquay. Gethyn Hill and Eli Phipps may be set for a return after recent illness and injury struggles respectively, while winger Tristan Plummer returns from suspension to strengthen Marc McGregor’s options.

Hungerford are currently 19th in the table and have 11 points from their 15 games played so far. On Tuesday night, Hungerford lost 3 – 0 to Woking, who are currently pushing for promotion straight back to the National League. In their last eight league games, Hungerford have picked up one win, with seven losses, their sole win coming last Saturday in a 2 – 0 victory over Hampton & Richmond.

Last time the sides met, Weston won 2 – 1, in what would be Dayle Grubb’s final game in a Weston shirt at the Woodspring Stadium. Grubb’s early goal in the first half put Weston ahead, before Nicholas Bignall equalised for the visitors. In the second half, a late penalty from Grubb sealed the three points for the Seagulls. 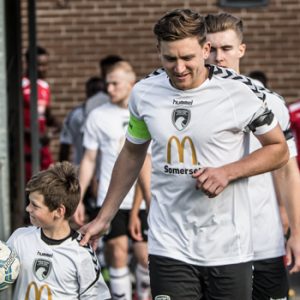