On Saturday, Weston kick off their BetVictor Southern League Premier South 2019/2020 season with the visit of Hendon to The Optima Stadium.

Under new manager Scott Bartlett, the new Seagulls squad have shown encouraging signs during pre-season, beating Taunton Town 2-1 in the Somerset Premier Cup Final. Players such as Sam Hendy and Greg Tindle will look to take their pre-season form into the league campaign, as competitive football returns to BS24. 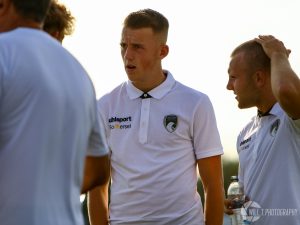 Hendon have had a mixed bag of results during pre-season, having drawn with St Albans City, Wingate & Finchley and St Ives Town, with just the one win in their final friendly against Berkhamsted Town. Hendon have the experience of Scott McGleish, Tom Hamblin, Matty Harriott and Sam Corcoran to call upon during the afternoon.