Tomorrow afternoon, Dulwich Hamlet are the visitors for the final league game of the 2018-2019 season, as Weston bring their 15-year stay in the National League South to a climax.

Even if the Seagulls had won last Saturday against Hampton & Richmond, they would still have found themselves relegated going into the final day due to other results. Despite that, the Hampton loss has been Weston’s only defeat in the month of April, having won their other three games. Jake Lee will hope to have recovered from his injury that kept him out of the win over Hemel Hempstead on Easter Monday, while Jarrad Welch missed the trip to Hemel due to illness. 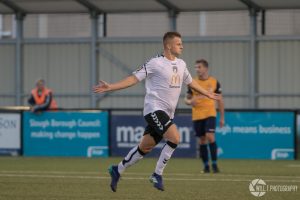 Dulwich will be looking to break the 50-point barrier in their inaugural season in the National League South, having won three of their last five games The Hamlet lost ther last game 1-3 to Woking, but will look to end their own season with a win. Gavin Rose’s side currently sit 15th in the table, and could move up one place if they defeat the Seagulls on Saturday with Hampton & Richmond failing to win away at Welling.