Weston return to league action tomorrow, as they travel to Princes Park, the home of Dartford FC, following an exhilarating game against Salisbury FC in the FA Cup on Tuesday night.

Weston are still yet to win in the league, but having dug in deep despite not being at their best on Tuesday night against Salisbury, Marc McGregor will be hoping for an improved performance, yet will be hoping for a similar result. Liam Kingston is in line for his first league start with Luke Purnell suspended, and the Seagulls gaffer has no injury concerns as the Seagulls journey to Kent. Ben Swallow will also go up against his former side.

Dartford haven’t started the season as well as they would have liked, sitting 16th with 12 points (three wins, three draws and four losses). Dartford are still adjusting to life with former Welling manager Jamie Coyle and former Concord manager Adam Flanagan at the helm, following Tony Burman’s departure in the summer. Weston have never won a game away to Dartford, with the Darts winning four and drawing three. Dartford have also won their last three games at home to the Seagulls.

Last time Weston visited Princes Park, they lost 3 – 1. Alex Brown, Elliot Bradbrook and Alfie Pavey put the Darts three to the good, before Tom Llewellyn struck from outside the area on his league debut to get a consolation goal for the visitors. 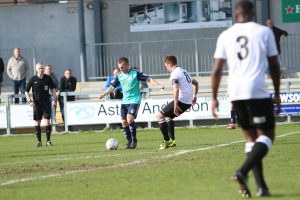