Tomorrow, the Seagulls journey to title-chasers Woking as Marc McGregor’s men return to competitive action for the first time in three weeks.

Having had a friendly against Street and an internal game between the whole squad in the previous two weeks to keep players fresh after the 2-0 win over Slough at the end of January, McGregor will be looking to take the form shown since the New Year into this current month. Alex Bray may be in line to make his debut after joining on loan from Rotherham, while Jason Pope and Jarrad Welch could see their first competitive game action in 2018. 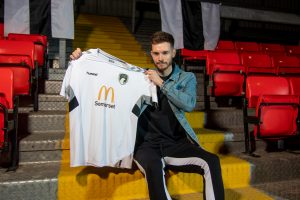 Woking are currently going strong in the table, currently sat second in the National League South. Their title ambitions have slowed down over the past few games, having won two of their last five along with two losses and one draw. Woking won 3 – 0 at home against Weston’s relegation rivals East Thurrock United last Saturday, with Dave Tarpey scoring on his second appearance wile on loan from Barnet. For tomorrow’s clash, central defender Ben Gerring and central midfielder Armani Little are both suspended.

Last time the two sides met was in December at the Woodspring Stadium. Jamar Loza and Little both scored early on for the visitors, with Loza getting a second following a misplaced pass by Luke Purnell. Jake Lee nodded in from a corner on the stroke of half-time, but Loza completed his hat-trick from the spot after Greg Luer had been fouled. Alex Byrne got a consolation goal by heading in a George Nurse cross for 2 – 4. 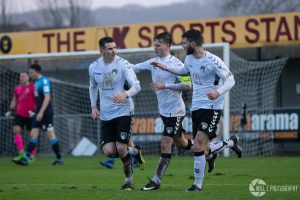