We have secured a further preseason friendly against Football League opposition. Newport County will bring a full first team squad to the Woodspring Stadium on Tuesday 26th July KO 7.30pm. They have signed eight new players during the close season including Jennison Myrie-Williams who was at Bristol City early in his career and then had spells at Scottish Premier Club Dundee Utd and St Johnstone before moving south. Jon Parkin has also joined the Club from Forest Green Rovers.
This should be an entertaining match. 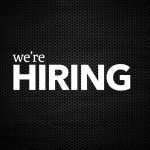