Join us on Saturday 25th March 2017, from 7:30pm for what is sure to be a very entertaining evening!

E-Tickets can be purchased online here now or you can pick up physical tickets next week from Weston Football Club Bar and Weston Rugby Club Bar.

Andy White is an energetic, confident and silly Brummie who combines silly voices and a mad afro to devastating comic effect. Andy 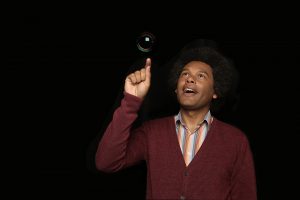 has numerous media appearances, including the BBC New Comedy Awards on BBC Choice, Brand Spanking New on BBC Radio 7 and his winning performance on the Weakest Link comedian’s special! His appearance on the BBC quiz show featured in his five star (* * * * * Three Weeks) Edinburgh show, ‘It Started With A Quiz’ in 2007. This followed on from his well-received one man show at the 2005 Leicester Comedy Festival: Young, Gifted and Beige.

Andy escaped from a call centre to become a stand up comic who mixes silly voices and faces with observational humour, topical humour and his mixed race background. He can do material that’s clever, cheeky, sick or just silly and his performance can shift from deadpan to loud and physical. Andy has played to a wide variety of audiences, adults and children, both at home and abroad, in comedy clubs, theatres, universities, radio and TV shows, and at corporate entertainment events. He regularly headlines up and down the UK and has worked with all the major chains and comedy promoters along the way. Overseas, he’s performed in Monte Carlo (Laughing Horse), Berlin (Bleu Montag), Abu Dhabi and Dubai (Laughter House) amongst others. 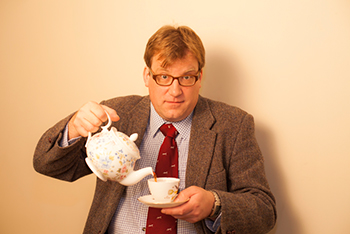 Andrew Watts is an “exquisitely funny” (Time Out) comedian, with a distinctive style and very original material. His posh boy humour is intelligent without distancing himself from the audience. Lawyer turned comedian, Andrew is extremely likable and invariably wins a crowd over as he canters through challenging subjects like an apologetic tsunami. He is also famous for once buying lavender from a drug dealer in Brixton. His 2014 Edinburgh show ‘Feminism for Chaps’ received critical acclaim (***** Chortle) and a full house all run, when he then went on to take to New Zealand Comedy Festival. His two previous full-length Edinburgh shows, ‘I wish I could be like Andrew Watts’ and ‘Born to Be Mild’, both received four-star reviews. As seen on ITV’s Stand-Up Hero and Comedy Central’s The World Stands Up.

“His distinctive style stands out – a winning mixture of pomposity, insecurity and emotional incompetence, while the fury-inducing importance he places on the trivial makes for a winning comic stance.” chortle.co.uk

“Lovers of stand-up laced with a cerebral cutting-edge should, without further prevarication, flock to his show” Three Weeks **** 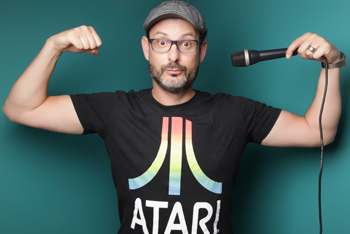 For 12 years Mark Palmer built up a reputation as one of South Africa’s most in demand comedians for three main reasons, being “Clean, classy and clever” (Cape Argus). Before moving to the UK in 2014, Mark was known as the only 100% “clean” stand-up comic in SA. This landed him work with such notable companies as the Protea Hotel Group, Ford, iTouchSA and many more. Year after year, Mark took a different solo show to Grahamstown National Arts Festival (their version of Edinburgh) with critical acclaim.

On top of being a mainstay on the UK and SA comedy circuits, Mark has also gigged at Prague Comedy Festival, on Malta, in Belgium, Ireland and on board too many international cruise ships to mention. With a comedic voice heavily influenced by Jerry Seinfeld, Mark’s ability to blend a theme or topic with one of today’s funniest comedy routines is unparalleled. His smart, sometimes loud and often opinionated brand of comedy has made him an audience favourite wherever he performs.

“Mark Palmer is one of a rare breed of comedians: he can make you laugh without having to pepper his routine with expletives or venture too far below the belt. He’s great at slice-of-life comedy, and deftly gives a wide range of subjects a sharp nudge in the ribs…” The Cape Times

“The show is very tightly put together and had the audience in stitches with anecdotes regarding marriage, cell phones, and the boogie man just to name a few. A lovely build up leads to the revealing of the age-old mystery of chicken versus egg being finally resolved once and for all. Something that was a lovely public service announcement from the man and yet delivered with much humour was a tale regarding a blow up pillow” YOURSOAPBOX.co.za