The Club are very pleased to announce the signing of Tom Llewellyn on National League registration forms. With the development of the Club Academy, which under Matt Bazell is taking shape, and the close working partnership between Marc McGregor, Matt and Mark Jenkins now bearing fruit we can look forward to more players coming through the junior ranks to ultimately join the first team. 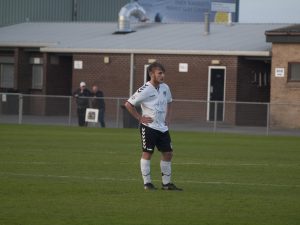 Chairman Paul Bliss said “the only way for clubs like ours to survive at this level is to develop our youth. Clearly this is happening at Weston”. Assistant Coach Rob Boyd added, “Tom will continue to train when available with the first team squad. It is important for the club to involve the best of the youth team, and to try and bring them through, as we have in the past. Tom is a competitive midfielder, coming from good stock, so I’m sure he’ll have a good future.”

Tom follows in the footsteps of his brother Jake who played at the Woodspring Stadium as a Left Back. Jake also came through from the Youth squad and played in the first team before leaving in the Summer of 2016. Tom said on his signing, “It feels good to be signing a club contract so early and hope I can progress to be a first team player in the future. It is also a great experience for me to be training regularly with the first team and will improve my game every week.”
Share Post: