Weston-super-Mare AFC are delighted to announce the signing of experienced central defender Ben Gerring on a one-month loan. 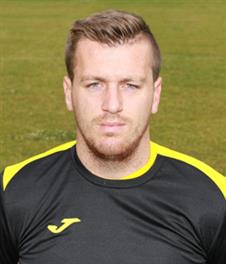 The imposing 26-year-old arrives at the club from National League side Torquay United, where he has made 16 appearances this season scoring two goals.

He is set to make his debut on Saturday for the trip to Whitehawk and will bring even more strength to an already strong pool of defensive players at the club.

Head Coach Scott Bartlett said: “We have felt for some time that if the right player became available we would look to add a defender to our group. We have been an injury or suspension away from being a little short in that area,  Ben has lots of experience, knows the level and is a bit unlucky to find himself out of favour currently at Torquay.
We have another important run of games ahead of us and this gives us options, cover and competition across the back line ”

Gerring is a powerful 6’3’’ defender who began his playing career as a professional at Football League side Plymouth Argyle alongside assistant manager Chris Barker.

He’s garnered experience from a spell in the National League South before at Hayes & Yeading United, while he’s also spent time on the books at Bideford, Cambridge City and Gosport Borough.

Weston travel to Whitehawk on Saturday looking to extend their impressive recent run of form with Gerring part of the travelling squad. Kick-off is at 3pm.