The Vanarama National League South fixtures for the 2018-2019 season has been revealed.

Weston will start with an game against Wealdstone on the 4th August, followed by a home game against Truro City on the following Tuesday.

The August bank holiday will see Weston take on Oxford City at the Woodspring Stadium on the Saturday, before facing Bath City away on the Monday. 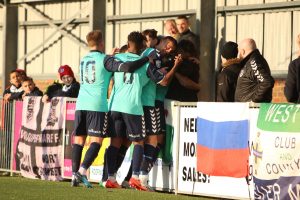 The usual “local derby” over Boxing Day and New Years Day will see Weston face Gloucester City at home on Boxing Day, before the reverse fixture on New Years Day, with a home tie against Bath sandwiched in between.

The Easter fixtures, on the 20th April and 22nd April, sees the Seagulls face Hampton & Richmond on the Saturday, and then travelling to Hemel Hempstead on Easter Monday.

Weston will end the league campaign with a home clash against Dulwich Hamlet on the 27th April.

Fixtures are subject to change