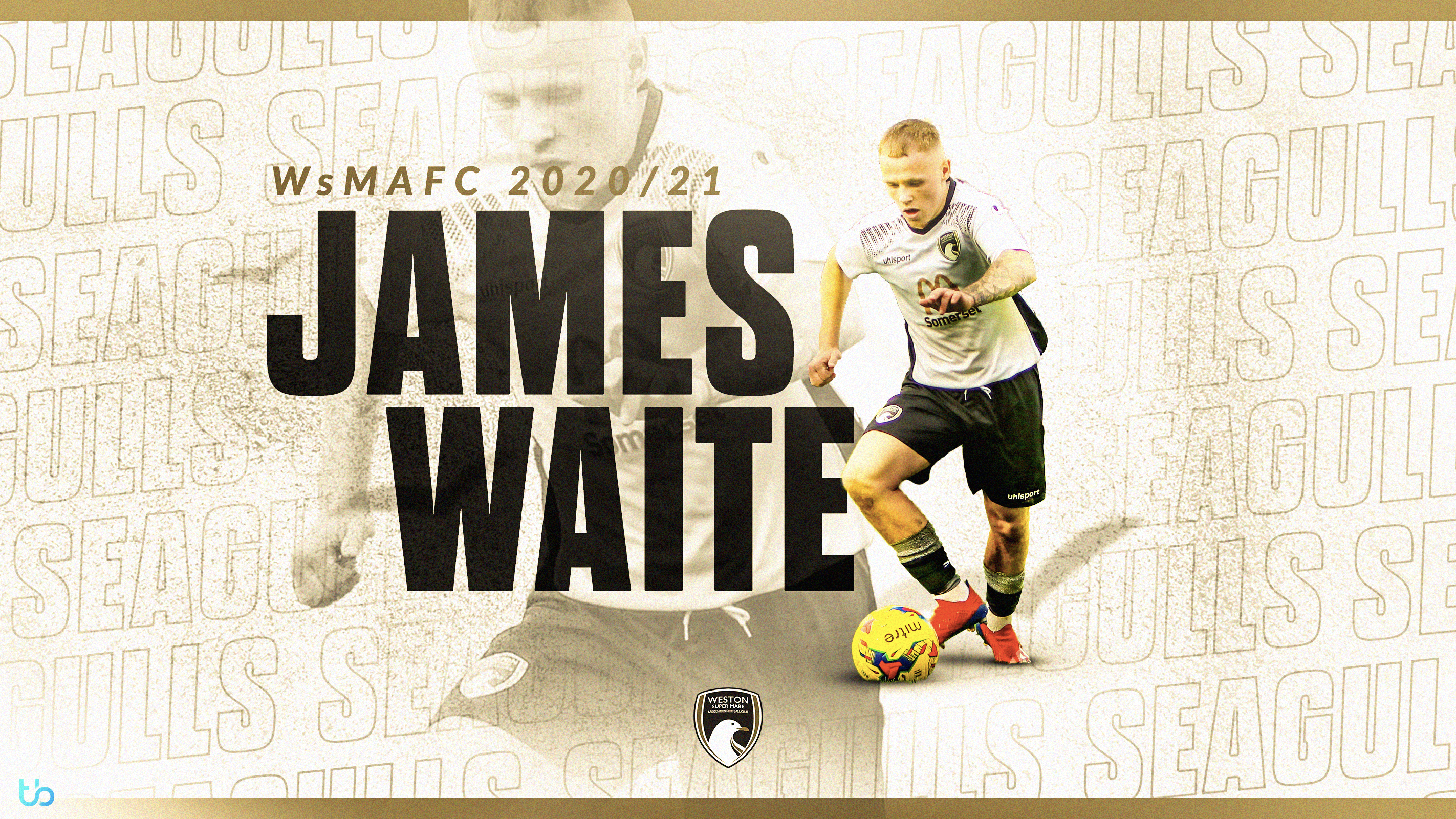 Forward James Waite has returned on a season-long loan from Cardiff City after scoring 13 in 19 games while on loan last season.

James was fantastic for us last season and it’s like he’s never been away.

“He scored a lot of goals and his work ethic is second to none.

“It’s no secret we have been looking for another forward player and to get one of James’ quality is a real bonus.

“I didn’t think we would be able to get him back because he did so well last time but it’s worked out well for us.

“We thought he would go elsewhere, a lot higher up the football pyramid into league football but it wasn’t to be and he was desperate to come back.

“He had other options but the way we look after our loan players meant we were always in with a chance.

“We are delighted to have him and thank Cardiff for allowing it to happen.”

I’m delighted to be back here for the second time following my loan here last season.

“The way I was treated here and the quality of the squad made me eager to push for this loan and return to Weston.

“I can’t wait to get back out there playing and enjoying my football again.

Waite has progressed through the academy ranks at Cardiff City and was offered his first professional contract in 2017 after impressing in the U18 side.

Waite joined National League North side Hereford FC on loan in February 2019 for his first experience of senior football, joining the Bulls until the end of the season. Waite made nine appearances, scoring two goals, assisting one and was an unused substitute twice during his spell at Edgar Street.

The 20-year-old sent the 2019 summer on tour with Cardiff’s first-team in America, before Waite made his first-team debut for Cardiff City in August of that year, appearing as a substitute in their Carabao Cup encounter with Luton Town.

In October 2019, he signed for the Seagulls on loan, making 19 appearances and scoring 13 goals while assisting three before the season was curtailed.

Waite has also been involved in international football lately, making his debut for the Wales Under-21 team against Bosnia and Herzegovina at the start of the month.

We are delighted that James has returned to The Optima Stadium and thank Cardiff City for their co-operation.