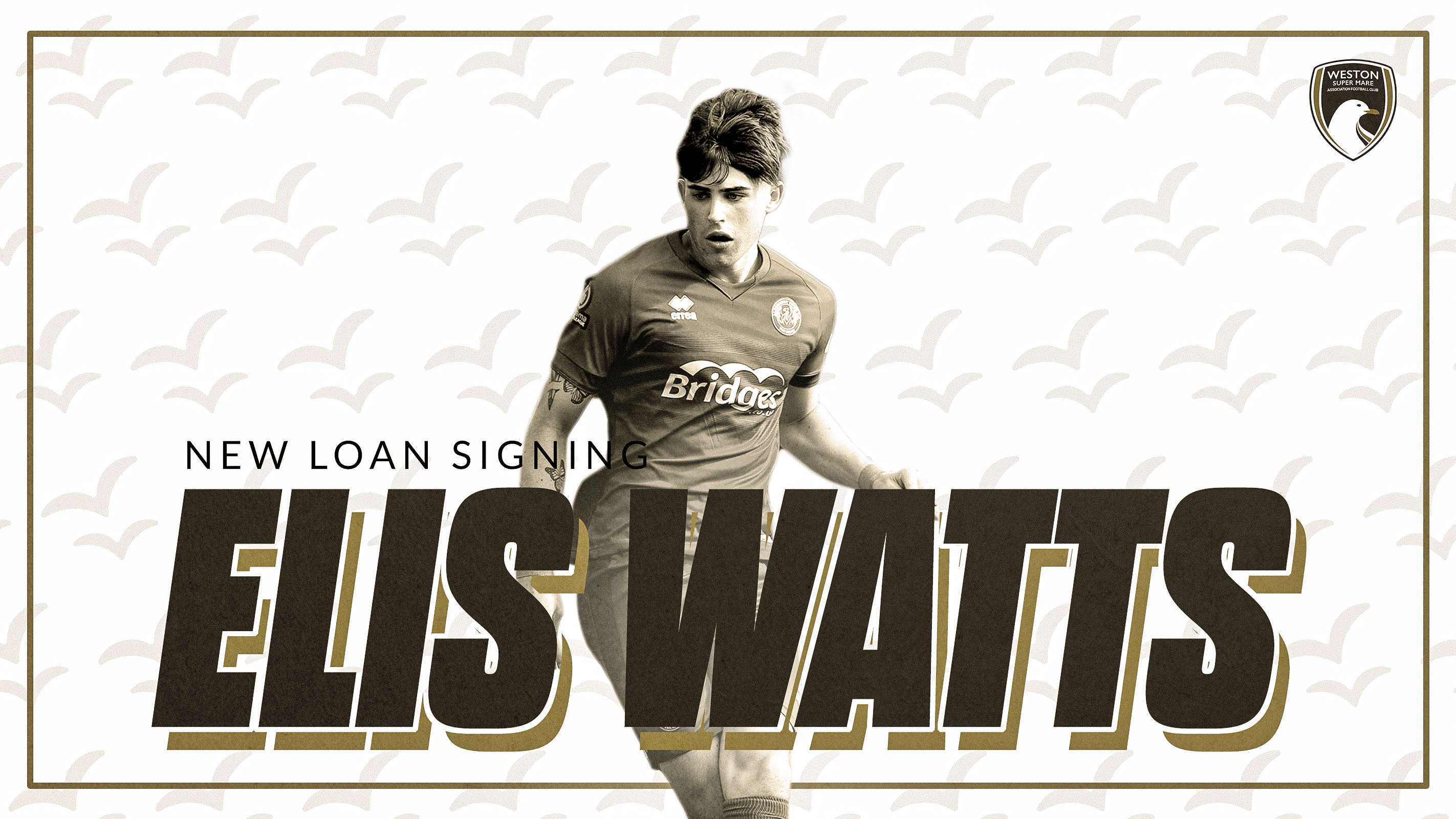 Weston-super-Mare AFC are delighted to announce that winger Elis Watts joins on loan from Aldershot Town until the end of the season, subject to FA approval.

Elis has already featured for Farnborough and Hayes & Yeading United this campaign on loan from Aldershot, being a regular starter in both teams.

The 19-year-old winger put in an impressive performance against the Seagulls for Hayes back in January, his quick feet and technical ability catching the eye.

Elis is someone that had been on our radar for a while, and although he’s at Aldershot he actually lives fairly local to us and I’ve known him since he was at Newport County.

“He is a talented boy and is excellent in 1v1 situations, and can play in a number of attacking positions.

“With the number of games we have in a small space of time, we wanted to make sure we have enough squad depth and competition”.

I’m delighted to be here. I can’t wait to get going, get some games under my belt and hopefully help the side finish in the Playoff places”.

Elis played for the Cardiff City Academy before moving to Newport County in 2014, playing for their Academy sides before progressing into the under-18s for the start of the 2018-2019 season.

He made his first-team debut for the Exiles as a starter in the Papa Johns Trophy defeat against West Ham United U21s in September 2019 while a second-year scholar, before starting against Exeter City in the same competition a month later.

He got his first taste of regular first-team football when signing on loan for Southern League Division One South side Bristol Manor Farm in January 2020, making five appearances and assisting one while being an unused substitute twice before the season was cut short due to the Covid-19 pandemic.

He left Newport at the conclusion of the 2019-2020 season with the two first-team appearances to his name.

In the summer of 2020, he joined National League club Aldershot Town and linked up with their under-23 squad, scoring three goals in nine games for the Shots’ U23 side in the 2020-2021 Suburban Football League Premier Division. In 2020-2021, he also spent time on loan with Met Police’s U23 side, scoring twice in two games in the Suburban Football League Premier Division.

After impressing in Aldershot’s 2021 pre-season schedule, he signed his first professional contract in August 2021 and made the move up to their first-team on a full-time basis.

He made his Aldershot debut on the opening day of the National League season as a substitute in the 2-0 defeat to Chesterfield, before going on to make a further three league appearances from the bench and being an unused substitute four times. He also scored his first Aldershot goal in the 4-1 Hampshire Senior Cup defeat to Farnborough in September 2021.

In October 2021, he signed for Southern League Premier Division side Farnborough on loan until January. The young winger shone for one of the league’s high-flyers, as he netted three goals and assisted three in 10 appearances while being an unused sub once.

Elis was recalled from his Farnborough loan a week early in December 2021 and was thrown straight into Aldershot’s starting lineup for their 1-0 away defeat to Dagenham & Redbridge.

He was back out on loan again at the start of January, this time signing for Hayes & Yeading on a month’s loan which was then extended for an extra month in February. He played 13 games for the current table toppers and was an unused substitute once, scoring one goal and assisting one during his time in London.

We welcome Elis to the club and wish him all the best while pulling on a Seagulls shirt for the rest of the season.