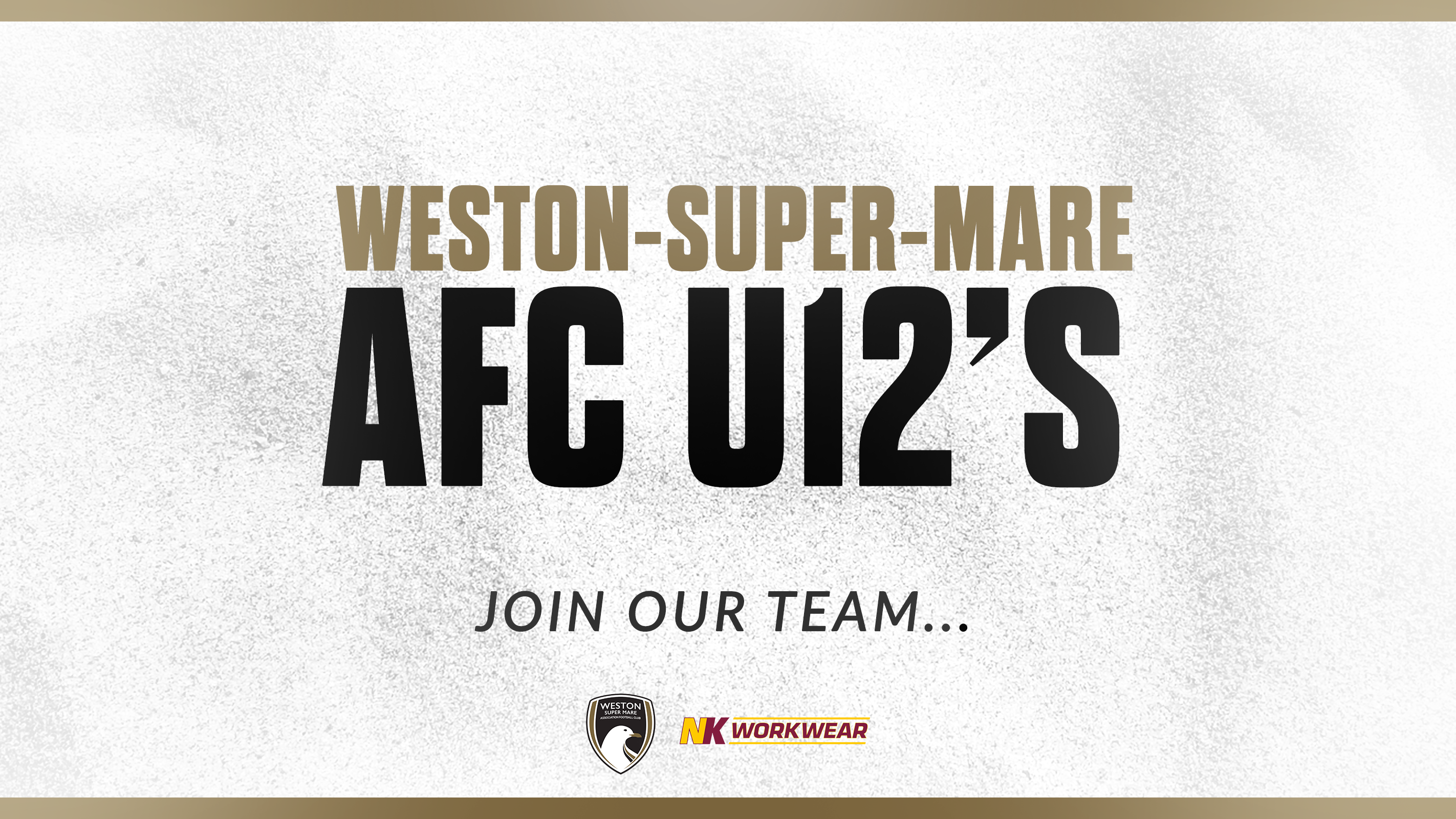 Weston-super-Mare AFC Academy have announced they are looking to add more local talent into their U12 setup.

Players will benefit from outstanding coaching on a FIFA quality 3G surface in a fun and safe environment.

U12’s matches are played on a Saturday morning in the Junior Premier League against teams from the Somerset, Bristol, Wiltshire, Gloucestershire, and Devon areas.

The players in the U12s are currently in Year 7 of secondary school education.

The club recently announced a major investment into their thriving Academy setup with the appointments of Simon Panes as their Head of Academy and Recruitment and Mark McKeever as their Head of Coaching.

Craig Graham, the Academy’s Development Phase Manager, said: “As we ramp up preparations for the new season, now feels like the right time to recruit into our already gifted U12’s squad.