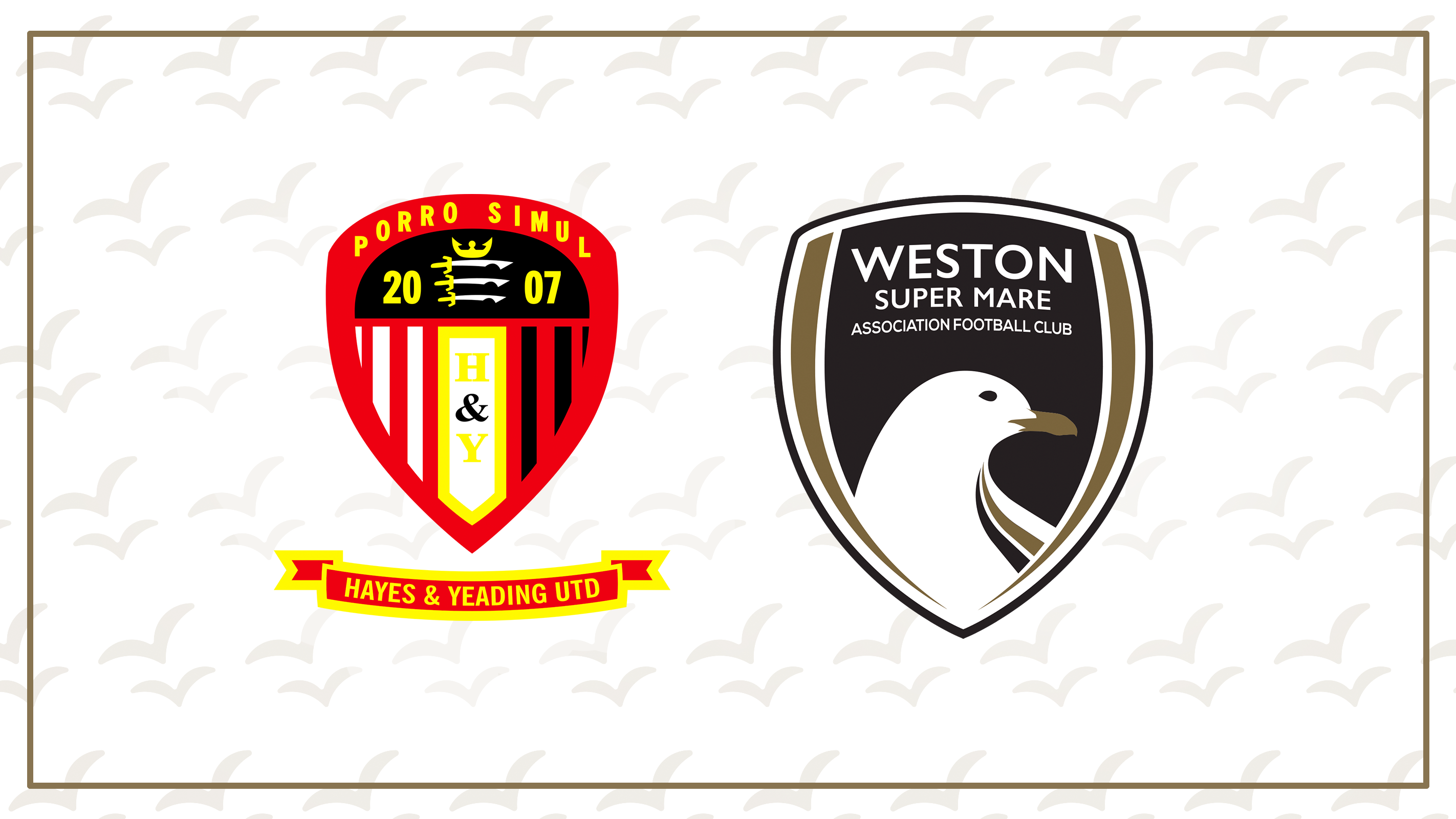 Weston face another away game as they travel to Hayes & Yeading United on Tuesday 11th January, 7:45pm kick-off.

The Seagulls will be looking to follow up after Saturday’s victory away at Merthyr Town.

A brace from Dayle Grubb and a goal from Marlon Jackson saw the Seagulls come from behind to win 3-1.

The three points moved Weston up to 9th and 5 points behind Chesham, who occupy the final play-off spot.

Hayes currently sit in 3rd position and have amassed 44 points from 20 games.

In their last six games, Hayes have won 3 and lost 3.

The most recent fixture they played was at home to Hendon where they defeated their 10-man visitors by a score line of 2-1.

The last time the Seagulls travelled to The SKYex Community Stadium saw Weston come back from Middlesex with all three points. Goals from Joel Randall and Ben Whitehead ensured victory back in August 2019.

Head northbound towards Hayes along the A312 The Parkway (Hayes By-Pass).

Go over the first roundabout (Tesco’s is off to the right) and over the flyover.

Ignore the next junction signposted to Hayes and take the second signposted Hayes, Uxbridge & Southall.

At the end of the sliproad is the Ossie Garvin roundabout.

Take the third exit towards Southall.

Head eastbound along the (A4020) Uxbridge Road signposted to Southall.

The road bears left into Beaconsfield Road, and about 100 yards on your right is the entrance to the ground.

Hayes & Harlington Rail Station is 15 minutes from Paddington and easily reached from the West.

From here it is best to take a 5-10 minute cab ride to the ground as it is a good 30 minutes plus walk, through Hayes Town up Coldharbour Lane and onto the Uxbridge Road where you can pick up directions above.

There is a cab firm just by the station.

Check up on the pre-match build up and keep up to date with all the action from the match with our live Twitter updates – @WSM_AFCOfficial.

We hope any travelling Seagulls fans have a safe journey to Middlesex and we look forward to welcoming you back to the Optima Stadium when we take on Kings Langley.