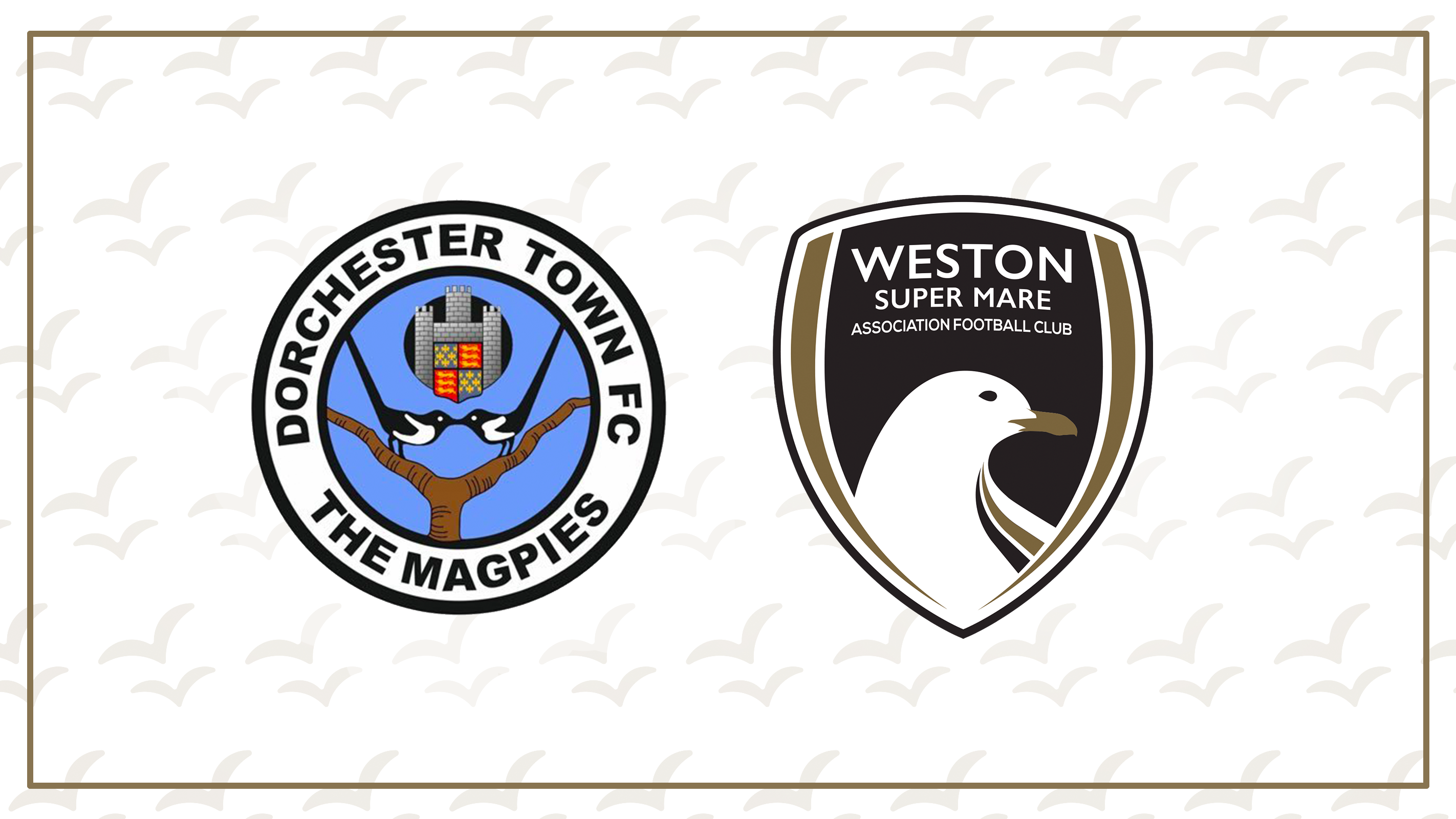 The Seagulls are back in league action as they travel to the Avenue Stadium to face Dorchester Town on Tuesday 14th September, 7:45pm kick off.

Weston come into this off the back of a late 1-0 defeat away to Harrow Borough while Dorchester most recently beat Walton Casuals 2-0 at home.

Scott Bartlett’s side are currently in 14th place after 6 games in the Southern League South.

Dorchester occupy 16th spot thanks to wins against Walton and Hendon with losses against Beaconsfield Town, Taunton, Salisbury, Poole

The Seagulls have a good record at the Avenue Stadium having won both of the last two fixtures there, winning 2-1 and 3-1 respectively.

The Weston faithful may recognise the name Charlie Madden who had a brief spell at Weston. The defender now plays for Dorchester and has been a fixture in their squad since leaving Weston.

Dorchester is served by two train stations: Dorchester South (from London, Southampton and Bournemouth) and Dorchester West (from Bristol, Bath and Yeovil). Both stations are in the town centre, a 15 minute walk north of the Avenue Stadium.

From Dorchester South: Exit the station on the Brewery Square (west) side of the station. Take the road alongside the new development and at the traffic lights next to the Brewhouse Pub, turn left up the hill. Follow Weymouth Avenue over the traffic lights and continue south past the cricket ground and retail park.

From Dorchester West: Exit the station and turn right at the traffic junction. Follow the road alongside the market square up to the traffic lights at Maumbury Rings. Turn right, over the railway bridge and follow Weymouth Avenue south past the cricket ground and retail park.

The Stadium is served by two bus routes from the town centre: The 10 (Mansell Square- Weymouth service) and the X12 (Blandford – Weymouth service). Both Northbound and Southbound bus stops are a two minute walk north of the stadium, adjacent to the retail park.

The Avenue Stadium is conveniently located at the southern most point of the town, adjacent to the A35. If you are approaching Dorchester from Yeovil (A37) or Wimborne (A35), follow the by-pass around the town centre, following signs to Weymouth. At the Stadium Roundabout, take the Weymouth Avenue road towards Dorchester, turning right at the two following roundabout.

We wish all supporters travelling a safe journey and look forward to welcoming you to the Optima for the Emirates FA Cup 2nd Qualifying Round against Taunton Town on Saturday.