Just over a year on since Marc McGregor won his first game in charge of Weston, a pre-season fixture at home to tomorrow’s visitors, McGregor will be hoping for another positive pre-season performance.

Boosted by the contract renewals of Naby Diallo, Jake Lee and Jack Goodall, with Lee wearing the armband on a couple of occasions throughout pre-season, Weston will be aiming for another good showing at the Woodspring Stadium, having scored 20 goals throughout pre-season. For some of the trialists, it will be last chance saloon as McGregor looks to put the finishing touches to his squad with league kick-off just under two weeks away. 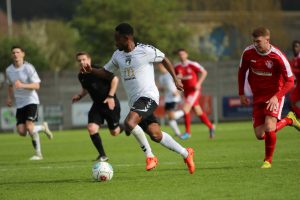 Cheltenham will be heading into this game without their top scorer from last season Mo Eisa, who has completed a move to Bristol City. Cheltenham have endured a mixed pre-season with losses to Championship outfits Bristol City Birmingham City, as well as a 4 – 2 defeat against Reading U23s, however wins against Cirencester Town and Evesham United followed.

Last time the sides met was last pre-season, in an exciting encounter. Dayle Grubb finished off an excellent team move on the edge of the area, before Tristan Plummer steered home into an empty net inside the first half. During the second half, Carl Winchester slotted in while one-on-one to pull one back for the EFL side, but it wasn’t enough to prevent Marc McGregor from obtaining his first win in the Seagulls hotseat. 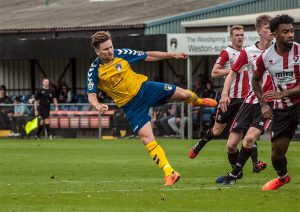 When asked about the fixture, Marc McGregor said:

Gary (Johnson) always brings a strong side to us, he did last year, and we’re looking forward to testing our wits against league opposition. We know it’s going to be tough, and it’ll be difficult for our lads to match them, probably physically in regards to fitness, but we’ll give it our best as we always do and hopefully it’ll be an entertaining game. They’re a good bunch at Cheltenham, so we’re really thankful that they’re coming down.