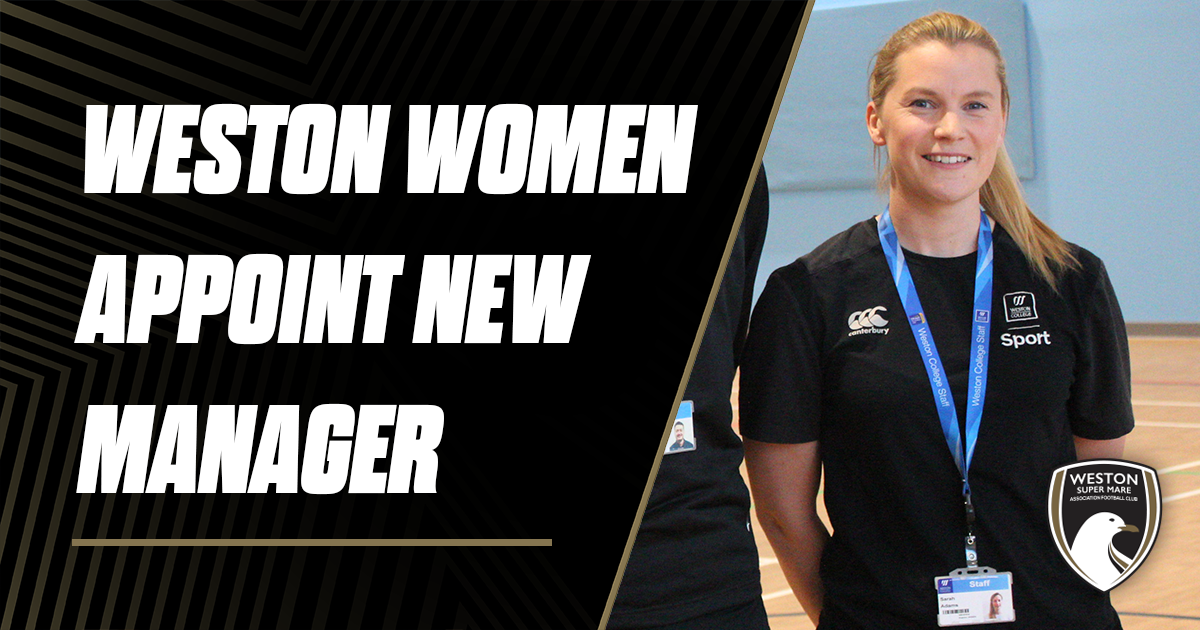 Adams, who possesses UEFA B football, UEFA B futsal and Bsc Football Performance qualifications, will be in the dugout when the Ladies team start their new season.

As a Sports Lecturer at Weston College, Sarah coaches the boys U18’s team which feeds into the U19’s team, managed by Mark McKeever.

Adams played in the Bristol City Futsal team as they won an FA Futsal Cup in 2015. She’s also donned the shirts of Yeovil Town, Clevedon Town and even played in the original Weston ladies team during the 2008-09 season.

When asked about taking on the managers role, Sarah said:

I loved my time here as a player and it’s great to get the opportunity to be back at the Optima.

“I’m really looking forward to working with some of the incredibly talented female players that North Somerset has to offer.

“My aim is to create a sustainable and successful squad for the season ahead, whilst ultimately developing an all round quality provision for our local female talent.

As Sarah looks to build her team for the new season, details will soon be released on how you can join Weston Women.

The club would like to wish Sarah the best of luck in her new role.

The club would also like to place on record its thanks to Stacie Morrissey for her work over the past 3 seasons and wish her all the best for the future.