The club are pleased to announce the signing of Theo Wharton, who joins us on loan from Cardiff City. 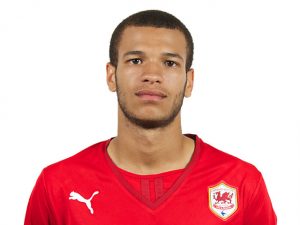 The 22 year old midfielder has previously represented Wales at Under 17, Under 19 and Under 21 levels, although he has now pledged to play for St Kitts & Nevis.

Theo came through the Bluebirds development structure and made his first team debut for Cardiff City in an FA Cup game against West Bromwich Albion in 2012, more recently he has featured on the radar of League One team Coventry City.

“Theo is an exciting player with genuine quality. He is an energetic box to box midfield player with a good passing range” responded Head Coach Scott Bartlett when asked about his latest addition to squad at the Woodspring Stadium.

“We are delighted Theo has decided to join us considering he had offers from clubs much higher in the football pyramid. His ability aside, he showed a real desire to join us here at Weston, that was important for me. Again this highlights that players now see Weston-super-Mare AFC as a place they can both develop and improve. I see this as an enormous compliment to both the coaching staff and the whole club.”

“With seven league games and the cup game against Brislington to play, we thought it would be sensible to add one more to our squad before the deadline, to be able to add someone of Theo’s quality is a real boost. It’s a compliment That Neil Warnock and James McCarthy at Cardiff trust us to develop their players and I’d like to thank them for that.”