Current U19 skipper and first-team midfielder Tom Llewellyn has put pen to paper on a new contract at the Woodspring Stadium, tying him down until the end of the 2019-2020 season.

Since originally signing on National League registration forms in January 2018, the midfielder forced his way into Marc McGregor’s first-team plans after an impressive season with the U18s side. 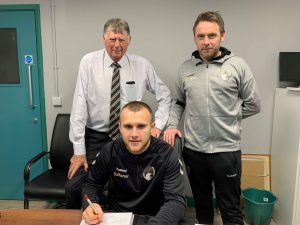 Ever since making his debut against Wincanton Town in the Somerset Premier Cup in April of last season, Llewellyn has made 23 appearances for the Seagulls first-team and scored five goals along the way, including on his league debut and first league start against Dartford and Welling respectively.

On his new deal at the Woodspring, Llewellyn said “I’m really happy to be here for another year, and it’s really good to know that my future’s set on being here at this football club”. 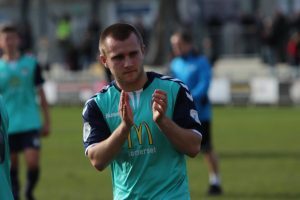 Head of the Academy and first-team coach Mark McKeever said “I’m delighted that Tom has signed. It’s great to see young lads coming through and breaking into the first team. Tom’s a great example of that, he’s had a fantastic season with the U19s. Every time he’s been asked to go on the pitch for the first team, he’s done himself proud”.

We are excited to have Tom extend his stay in BS24.